On the country's 73rd Independence Day, Prime Minister Narendra Modi on Thursday stressed on the problem of plastic usage and its waste generation, asking if the country can be free from single-use plastic. 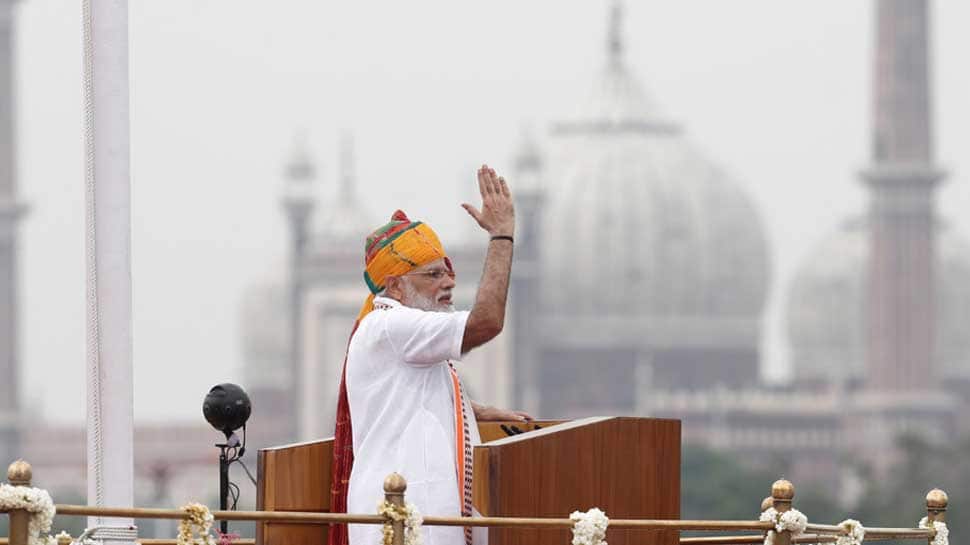 New Delhi: On the country's 73rd Independence Day, Prime Minister Narendra Modi on Thursday stressed on the problem of plastic usage and its waste generation, asking if the country can be free from single-use plastic.

"Can we free India from single-use plastic? The time for implementing such an idea has come. May teams be mobilised to work in this direction. Let a significant step be made on October 2," the Prime Minister said in his address from the Red Fort.

According to the Central Pollution Control Board (CPCB), India produces over 25,000 tonnes of plastic waste every day.

Union Environment Minister Prakash Javadekar had said earlier that of the total waste generated daily, only 13,000-14,000 tonnes were collected.

He said it had been decided to ban the import of plastic waste from August 2019.

As per the Ministry of Housing and Urban Affairs` Annual Report for 2016-17, it is estimated that the total solid waste generated daily in India is some 1,50,000 tonnes.

A study by the Central Pollution Control Board (CPCB) in 60 major cities of India estimated that 4,059 tonnes per day of plastic waste were generated.

As per the UN University report "The Global E-Waste Monitor 2017", 20 lakh tonnes of e-waste generation was reported in the country in 2016.

Despite plastic being banned in several states and Union Territories, its usage is widespread. The national capital has banned the use, storage and production of single-use plastic but many continue to use it.