The Prime Minister also called for ramping up testing in smaller towns and cautioned against the spread of the virus in the villages. 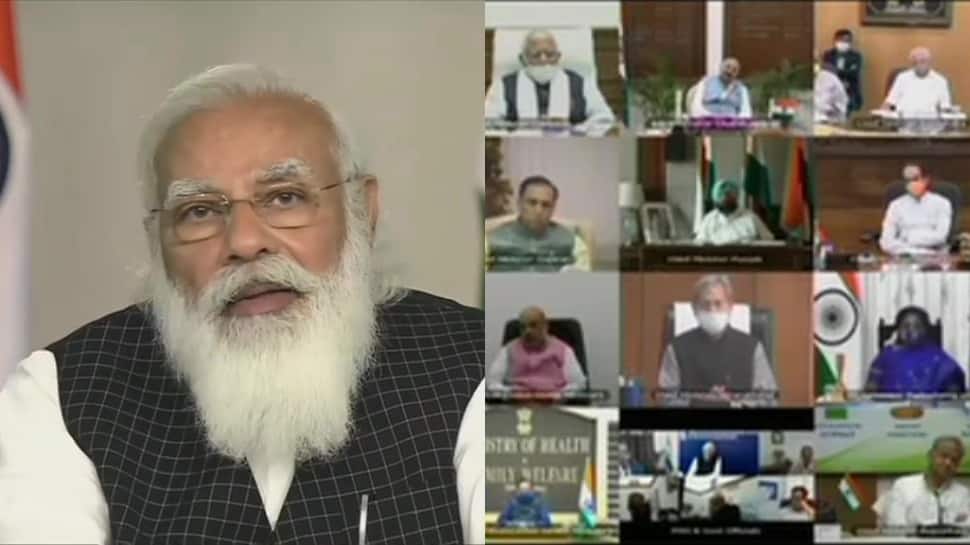 New Delhi: The recent surge in COVID-19 cases in India have resulted in Prime Minister Narendra Modi having a meeting with the chief ministers of all the states and Union Territories. In a virtual meeting held on Wednesday (March 17, 2021), PM Modi told the chief ministers to immediately stop the emerging second peak of the COVID-19 pandemic.

"We will have to stop the emerging second peak of Coronavirus immediately. For this, we have to take quick and decisive steps," PM Modi said.

The Prime Minister urged to increase testing and to pay special attention to the 'referral system' and 'ambulance network' in small cities.

PM Narendra Modi also called for ramping up testing in smaller towns and cautioned against the spread of the virus in the villages.

He also stated that there is a need to take the issue of wastage of COVID-19 vaccines doses very seriously.

Speaking at the interaction with Chief Ministers. https://t.co/s0c7OSK8zK

PM stressed the need to be serious about 'Test, Track and Treat' as the country has been doing for the last one year. He said it is very important to track every infected person's contacts in the shortest time and keep the RT-PCR test rate above 70 per cent.

"States like Kerala, UP, Chhattisgarh overly dependent on antigen tests, RT-PCR tests should make for over 70 per cent of overall testing," PM noted.

He highlighted India's fight against COVID-19 and said that it is cited as an example in the world.

"Our recovery rate over 96 per cent and fatality among lowest," PM Modi said.

The meeting comes a day after when India witnessed a single day rise of 28,903 new COVID-19 cases. Maharashtra, Punjab, Karnataka, Gujarat and Tamil Nadu continue to report a high number of daily new cases. They collectively accounted for 71.10% of the new cases.

Meanwhile, over 3.5 crore vaccine doses have been administered through 5,86,855 sessions across India, as per the provisional report till 7 am on Wednesday.