Taking to Twitter, PM Modi asserted that the foundations of the friendship between the two nations are deep and the future of the partnership is bright. 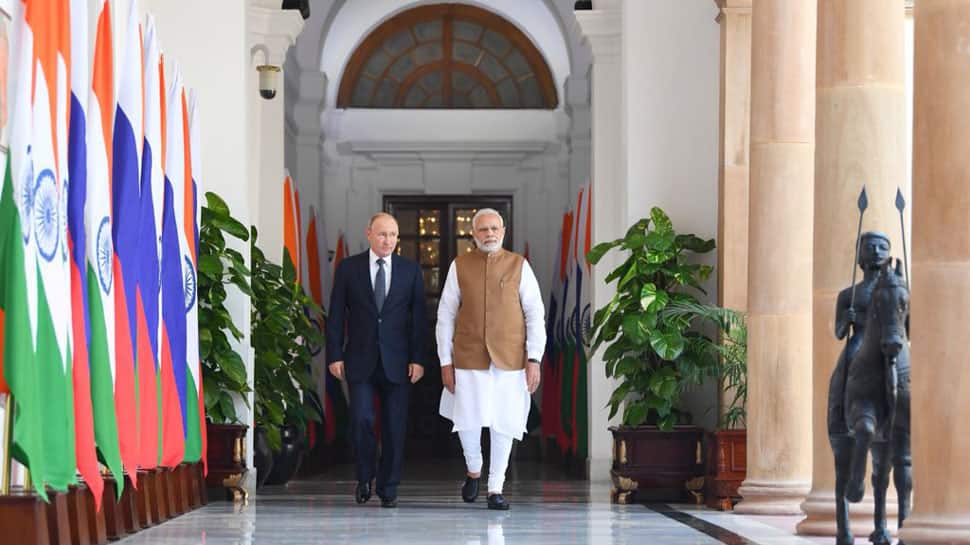 Hours after Russia honoured Prime Minister Narendra Modi with the 'Order of St Andrew the Apostle', the PM late on Friday night expressed gratitude thanking Russian President Vladimir Putin. The honour is the highest decoration of the country.

Taking to Twitter, PM Modi asserted that the foundations of the friendship between the two nations are deep and the future of the partnership is bright. He added that extensive cooperation between India and Russia has led to extraordinary outcomes for the citizens.

Praising Putin, PM Modi said that the former remains a source of great strength for the India-Russia friendship. He added that under Putin's visionary leadership, bilateral and multilateral cooperation between the two nations has scaled new heights.

"Honoured to receive this prestigious award. I thank President Putin and the people of Russia. Foundations of India-Russia friendship are deep & the future of our partnership is bright. Extensive cooperation between our nations has led to extraordinary outcomes for our citizens," tweeted PM Modi.

"President Putin remains a source of great strength for the India-Russia friendship. Under his visionary leadership, bilateral and multilateral cooperation between our nations has scaled new heights," further tweeted PM Modi.

Earlier on April 4, United Arab Emirates (UAE) President Khalifa bin Zayed bin Sultan Al Nahyan had honoured PM Modi with the Zayed Medal. The award is the highest civil decoration of the country which is awarded to presidents, kings, and heads of states.

The honour was bestowed on PM Modi for his contribution towards boosting the relations between the two nations. UAE had said that the two nations have historical and comprehensive strategic ties which have been reinforced by the pivotal role of PM Modi.

"We have historical and comprehensive strategic ties with India, reinforced by the pivotal role of my dear friend, Prime Minister Narendra Modi, who gave these relations a big boost. In appreciation of his efforts, the UAE President grants him the Zayed Medal," the Crown Prince of Abu Dhabi had tweeted.