'I must say Prime Minister Modi made one of the most fantastic speeches ever I have heard,' she said . 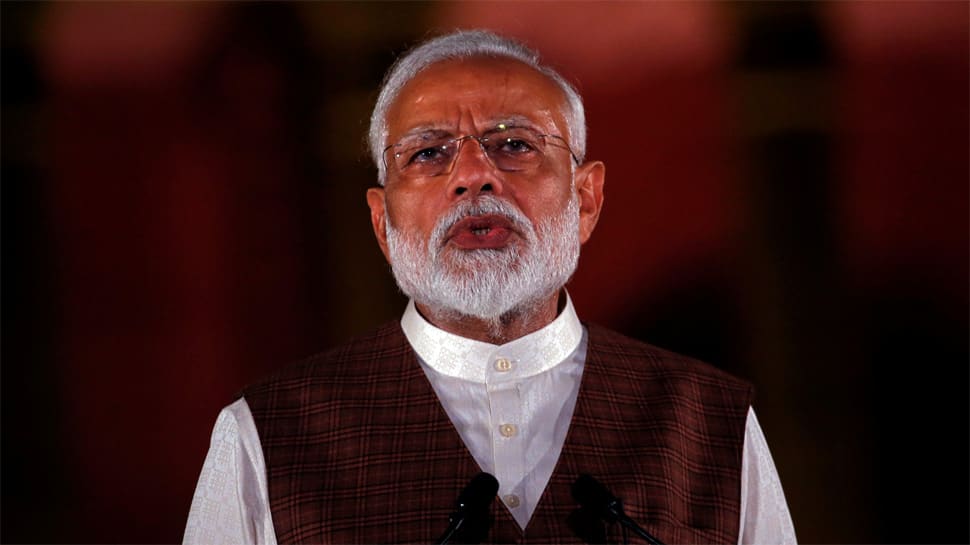 Washington DC [USA]: US House of Representatives Speaker Nancy Pelosi on Thursday was all praises for Prime Minister Narendra Modi`s oratory skills, saying the Indian leader is "spectacular" and had the people in the "palm of his hands".

"I had the opportunity to visit India with President (Barack) Obama. After President Obama and Prime Minister Modi had an exchange with the business community, we went to a room where the two leaders made their appearance. I must say Prime Minister Modi made one of the most fantastic speeches ever I have heard," she said in a conversation with Chairman of the US-India Strategic Partnership Forum (USISPF) John Chambers at the second edition of the event here.

"He (Modi) spoke in English. It was very inspirational and he spoke about values about all the things we talk about like valuing our planet and people... But it was quite spectacular and different. We have our vision, knowledge and strategy. But message is important and he is a master in that. He had the audience in the palm of his hands," she remarked.

She said that civil rights activist Martin Luther King Jr. had visited India in the 1950s where he studied about Mahatma Gandhi and learnt about non-violence and `satyagraha`, which she stressed was "insistence of truth".

"The 150th anniversary of Mahatma Gandhi and the 90th anniversary of Martin Luther King is a strong connection for all of us," Pelosi underlined while calling `satyagraha` as a spiritual gift that India has given to the US.The Speaker underlined that the US is "blessed" with the Indian diaspora in her country.

"We have a running start on how we go forward in this particular relationship. We have to be respectful of India`s priorities. There is a need to recognise the public part of the public-private partnership," Pelosi said.

Calling "strategic" and "partnership" as two important words in the US-India bilateral ties, Pelosi said, "There is an opportunity to lift the values of the whole world, create more markets, and be more entrepreneurial through the US-India strategic partnership."

"We all have to play a role in eradication of diseases, preservation of our planet and also to end corruption which is rampant in so many places and hampers economic growth that is needed in good markets for US and India for their businesses to take advantage of," she said while calling for continuous cooperation between the two countries.

Pelosi also termed the US` relationship with China as "complicated".

"If you look at China, you can talk about growing middle class and growing economy. But it is also a very repressive place. Three million Uighurs in `education` camps, what they are doing in Hong Kong to diminish democracy there and the diminishing culture, language and religion in Tibet," she said.
However, Pelosi hailed China for taking "giant steps" in reducing carbon emissions in the Asian country.

"We do work together on climate in spite of the fact that they tried so many things to reduce pollution, which is a political and health problem in China," she further said.