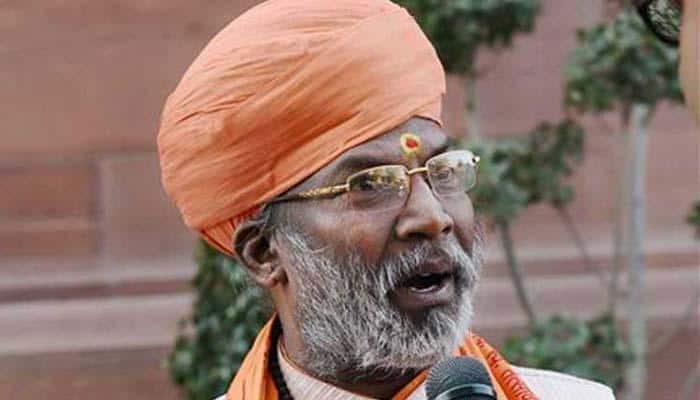 Speaking to reporters on the sidelines of a programme here, he said, "Congress president Rahul Gandhi sometimes becomes a 'janeudhaari' (one who wear a sacred thread) pandit, sometimes he becomes a Shiv bhakt, and sometimes he tries to do something else. He has put even the chameleon to shame in changing colour."

Sakshi Maharaj also asserted he will be contesting from Unnao till the time he is in active politics.

Asked to comment on reports of Congress president Rahul Gandhi and his sister Priyanka Gandhi Vadra planning to take a dip in the Sangam during the ongoing Kumbh Mela, the BJP MP said, "A person who had termed Lord Ram as imaginary is calling himself a Shiv Bhakt. Those who called saffron-clad seers terrorists, why are they talking about going to Kumbh. This is because politicians have realised that people who speak about Hindu-hit (welfare of Hindus) will eventually rule the country's politics."

Sakshi Maharaj also said that Rahul Gandhi has failed in politics, hence Priyanka Gandhi Vadra has been inducted into the Congress. "But, she too will not be successful," he said.