Some pamphlets being distributed at the fair are targeted against the Muslim community. 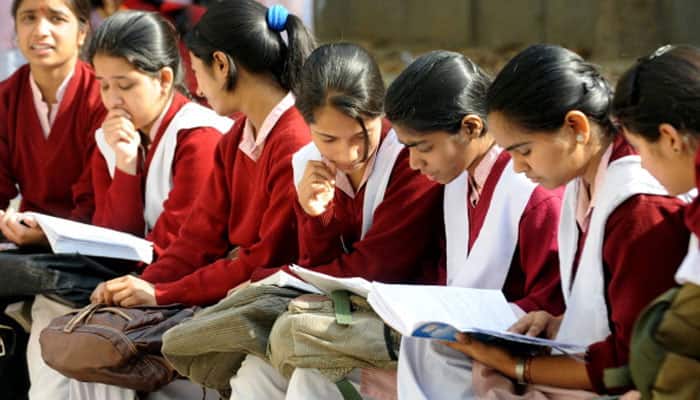 The Vasundhara Raje government in Rajasthan has a controversial directive for students and teachers. They have been asked to attend a fair to learn about “love jihad” and “Christian conspiracies”. The fair has reportedly been organised by an Rashtriya Swayamsevak Sangh (RSS) affiliate.

According to reports, some pamphlets being distributed at the fair are targeted against the Muslim community, and list out points as to how a Muslim – referred to as jihadi – “trap” Hindu girls for Love Jihad.

The pamphlet says that once a Hindu girl gets into a relationship with a Muslim boy, she makes excuses at homes and goes to hotel rooms, where a physical relationship is bound to grow, culminating in conversion and love jihad.

It further says that Muslim boys even use the opportunity to click objectionable pictures of a Hindu girl and later blackmail her into love jihad.

Under a heading – Jihadi kaise bichhate hain jaal (How the jihadis spread their web) – the pamphlets mentions how Muslim youth convince Hindu girls to get into a relationship with them. On how the Muslim boys woo Hindu girls, the pamphlets says:

# By dressing up like film actors
# By providing help to Hindu girls who study in schools and colleges in villages and cities
# By working as drivers at Hindu households
# By repeatedly sending messages to Hindu girls on Facebook, Twitter in the name of helping them in college projects
# By using Hindu names like Rahul, Manoj etc

The pamphlet further talks about how to protect Hindu girls from Love Jihad. According to it, parents should often check books and notebooks of their daughters to discover if anything of the sort is going on. It also advises parents to check phone log, contacts and sms of daughters’ mobile phones.

One of the points also talks about Bollywood actors Saif Ali Khan and Aamir Khan marrying Hindu girls and later divorcing them.

Also, the pamphlet says that in case of any such happenings, the parents must immediate get in touch with Vishwa Hindu Parishad, Bajrang Dal, Durga Vahini and other Hindu groups. It also asks parents to get in touch with lawyers to explore legal options. And to top it all, there are helpline numbers: 020 – 66803300, 7588682181.