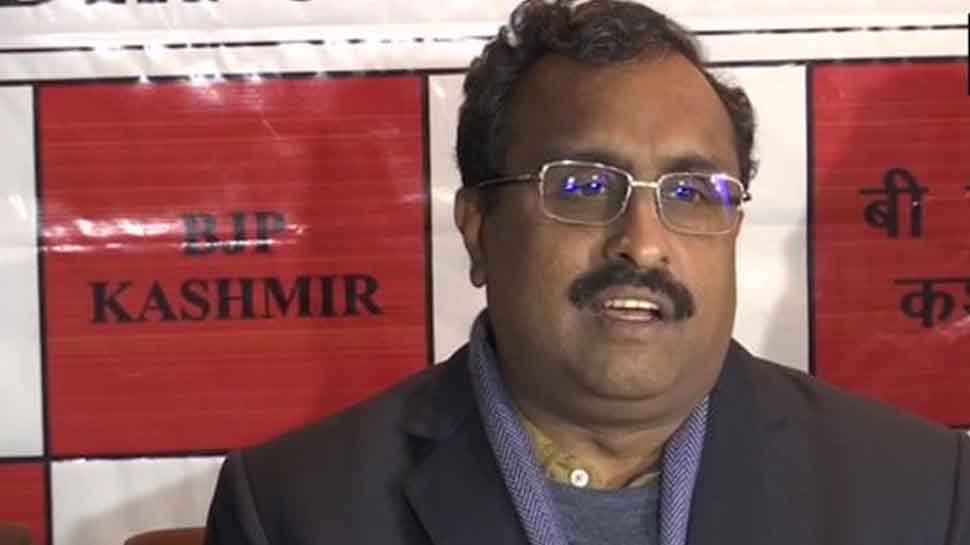 BJP general secretary Ram Madhav on Thursday in Srinagar asserted that the release of Jammu and Kashmir political leaders from house arrest and preventive detention is an ongoing process, adding that several people have already been released. He also added that the administration, based on security assessment, will take appropriate decisions from time to time.

A day before August 5, 2019, when Union Home Minister Amit Shah announced the decision on withdrawal of Article 370 from Jammu and Kashmir, the government imposed massive security measures in the state, including blocking all phone and internet lines, evacuating tourists, and detaining several prominent leaders.

Speaking on the Citizenship Act, he said that after the law was made several rumours became rampant in the country. "Some powers are trying to provoke people. This law is not against anyone at all. It doesn't discriminate against the Muslims Whoever, opposition parties and community forces, are spreading unrest, refrain from doing so. Everyone should read this act," he added.

On December 14, the Jammu and Kashmir administration had extended the detention of National Conference leader Farooq Abdullah by three months under the stringent Public Safety Act, according to officials. The three-term chief minister of the erstwhile Jammu and Kashmir state would continue to remain at his residence which has been declared a sub-jail.

Hundreds of political leaders in Jammu and Kashmir, including PDP supremo Mebooba Mufti, National Conference leader Omar Abdullah, NC chief Farooq Abdullah have since then been detained or put under house arrest as the government announced the scrapping of special status granted to the state under the Article 370 of Constitution. Farooq, who has been detained at his house, has been charged under the Public Safety Act on the grounds that he has 'tremendous potential to create public disorder in Srinagar and other parts of the Valley'. The administration has cited several instances since 2016 when he made statements in conflict with the law.