She said that she is planning to start a helpline number and an NGO, 'Daughter of India', to help women, who have been kept hostages in Pakistan. 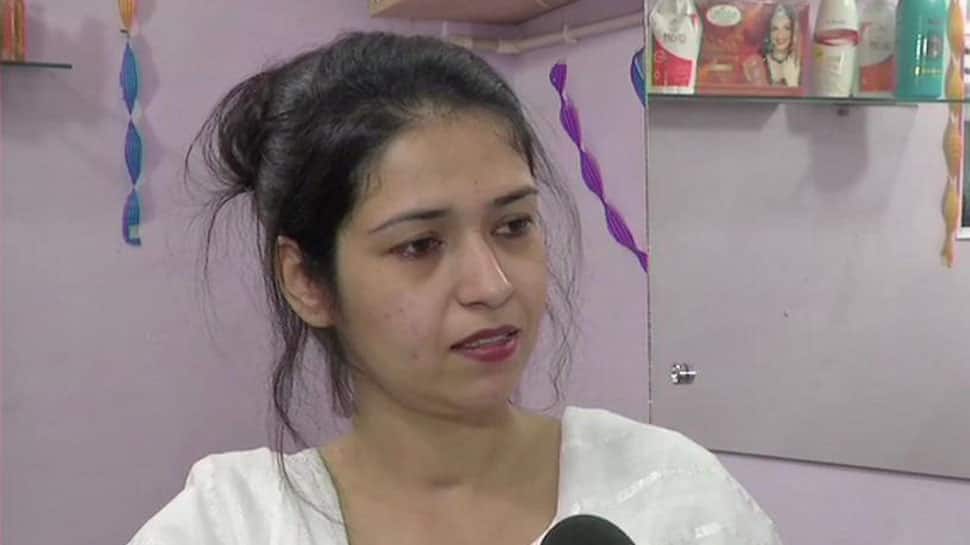 An Indian woman, Uzma Ahmed, who was repatriated after being forced to marry a Pakistani man at gunpoint asserted on Thursday that she will start an initiative where women like her can contact her and she will help them. She said that she is planning to start a helpline number and an NGO, 'Daughter of India', to help women, who have been kept hostages in Pakistan.

"I'll start an initiative where women like me will be able to contact me on a number, I'll help them out. I am planning to start a helpline number and NGO with the name 'Daughter of India'. It will help women, who have been kept hostages in Pakistan. I want to give a message to those women who have bitter experiences. They must flush out old memories and start a new chapter of their lives," said Uzma.

Uzma met a Pakistani man, Tahir Ali, in Malaysia and then went on to meet him in Pakistan where she got to know that he has four children from his previous marriage. She was then reportedly forced to marry him at gunpoint and was sexually assaulted. She managed to approach the Indian High Commission for help. Uzma was brought back to India on May 25, 2017, through government intervention.

She said that it took her two years to overcome the trauma. Speaking to news agency ANI, she added that now she has been able to get over those memories. Uzma said that she is making a fresh start as she now runs her own beauty parlour.

Recalling her situation, Uzma said that she was mentally disturbed as initially people didn't accept her and she wasn't in contact with anyone but slowly her situation changed for the better.

A biopic is being made on her story and is set to make it to the big screen. The story is based on how an Indian diplomat's efforts repatriate an Uzma from Pakistan where she was allegedly forced and duped into marrying against her choice. "I want to thank Rakeshji for producing a film on my life. The work is in progress," she informed.

The film is based on the real-life story of JP Singh, India`s former Deputy High Commissioner in Islamabad, who helped Ahmed`s return.

"It took me two years to overcome the trauma. Now I have flushed out all those memories. I was mentally disturbed. Initially, people didn't accept me when I returned from Pakistan. The people in my locality were not ready to accept me. I wasn't in touch with anyone but slowly they became welcoming," she said.

Uzma was kept as a hostage by him in remotely situated Khyber Pakhtunkhwa for a month.

Thanking External Affairs Minister Sushma Swaraj, she said, "She is like my mother. She gave me a second life. She could not visit my beauty parlour but sent her best wishes."