Lakshman Jhula, the nearly century-old suspension bridge across the Ganges in Rishikesh, was closed on Friday by the local administration citing weak structure due to old age and high tourist footfall. 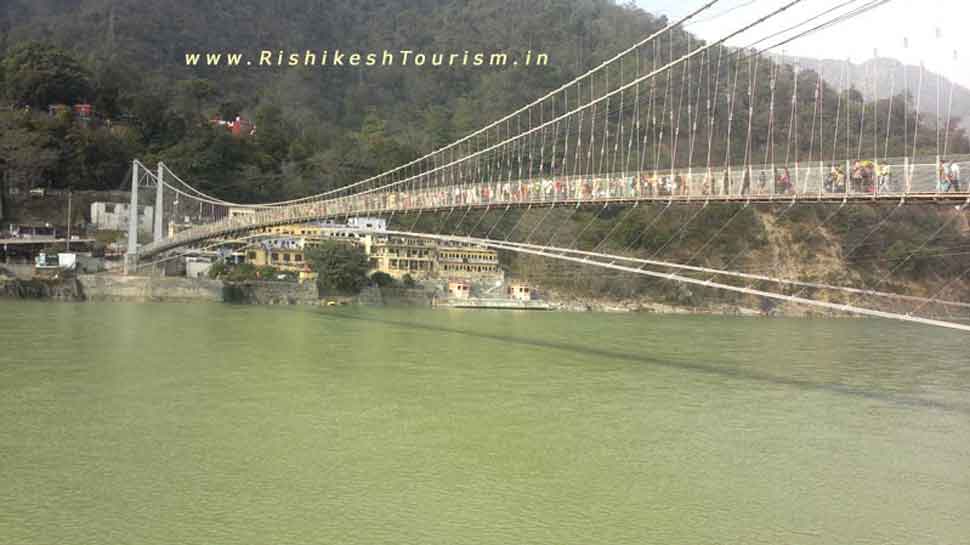 Dehradun: Lakshman Jhula, the nearly century-old suspension bridge across the Ganges in Rishikesh, was closed on Friday by the local administration citing weak structure due to old age and high tourist footfall.

Uttarakhand Chief Secretary Om Prakash said, "From 12th July onwards, the bridge has been closed for the general public. The bridge was constructed in 1923 and now, due to high tourist footfall, the condition of Lakshman Jhula is not optimal. Moreover, one of the towers is also distressed."

The closure of the bridge is a precautionary step taken by the administration due to the possibility of accidents as the bridge was operating well over capacity. A report by Design Tech Structural Consultant said that most of the bridge parts/components are in "fail and collapse" condition. The report has recommended that the bridge should not be permitted for pedestrian movement with immediate effect.

"It is highly recommended that this bridge should be closed with immediate effect: otherwise any big miss happening may take place at any time." the report added.

Lakshman Jhula is a 450 feet long iron suspension bridge constructed over Ganga river in the city of Rishikesh. It is one of the landmarks of the city. According to mythology, Lakshman, brother of Lord Rama, crossed the river on jute ropes at the place where the bridge is currently built.