Speaking to troops stationed here, the defence minister said that he and the entire country is indebted to the bravery of each and every soldier who is standing guard in Siachen. 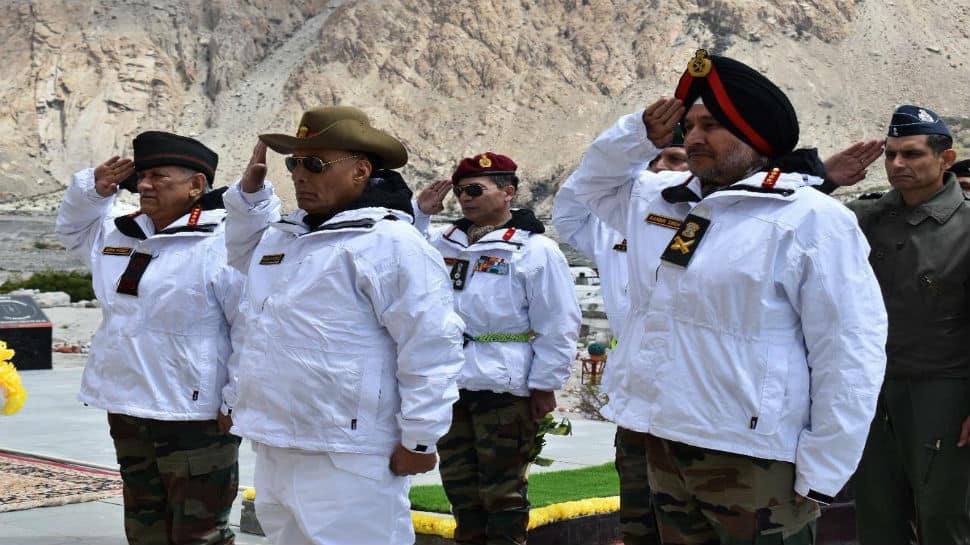 Guarding the nation in the world's highest battlefield requires an extra special kind of valor, courage and patriotism. And Indian Army personnel stationed in Siachen have ample doses of these. It is a fact that Rajnath Singh recognised on his maiden visit here on Monday.

Speaking to troops stationed here, the defence minister said that he and the entire country is indebted to the bravery of each and every soldier who is standing guard in Siachen. "I salute your spirit, your valour from the bottom of my heart," he said. "Jawans and officers in the Armed forces have a sense of pride, that is the strongest sentiment in the heart of any human."

Our soldiers in Siachen are performing their duty with great courage and fortitude even in extreme conditions and treacherous terrain. I salute their vigour and valour. pic.twitter.com/hMRObJ1j9A 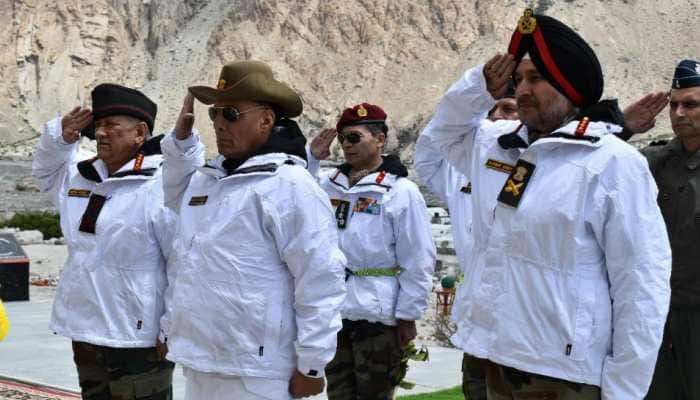 Rajnath also reviewed the security situation along the border with Pakistan in what was his first visit to Jammu and Kashmir as defence minister of the country. He was accompanied by Army Chief General Bipin Rawat and several senior officials of the Indian Army.

Rajnath has been briefed about the security situation prevailing along the Line of Control (LoC).

While this was also Rajnath's first ever visit to the Siachen glacier, Nirmala Sitharaman - the now-former defence minister - had also met with troops here.

Siachen glacier is known as one of the most inhospitable places for human inhabitation but it is where personnel from the Indian Army as well as Pakistani Army stand guard day in and out at heights ranging from 16,000 feet to 20,000 feet. The temperature here remains well below freezing and falls to a bone-chilling -50C in winter months.

Ajit Doval to continue as NSA, upgraded from Minister of State to Cabinet rank