Priyanka plunged into active politics on January 23, ahead of the Lok Sabha election. 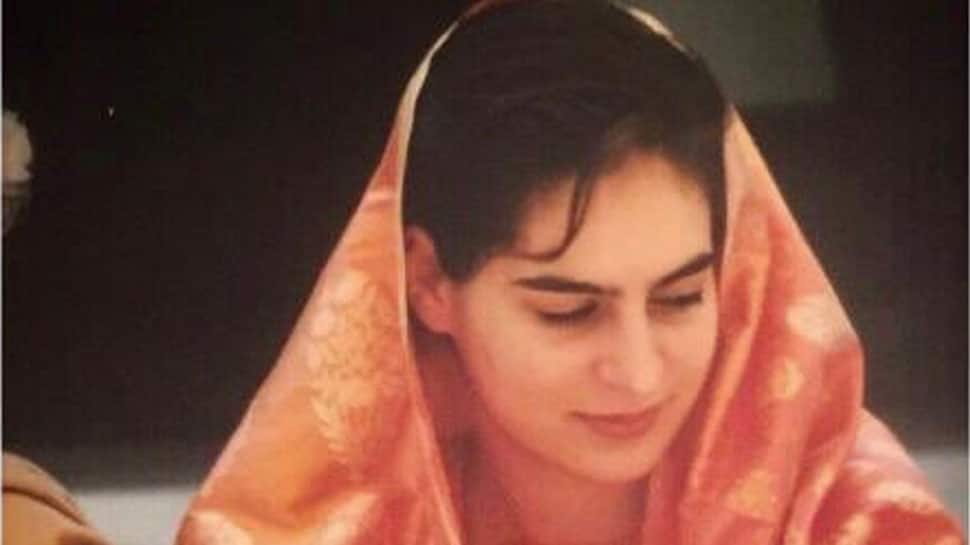 “Morning puja on the day of my wedding (22 years ago!) #SareeTwitter,” tweeted the Gandhi scion.

Morning puja on the day of my wedding (22 years ago!) #SareeTwitter pic.twitter.com/EdwzGAP3Wt

Priyanka shared the photo along with hashtag #SareeTwitter, a top trend on the microblogging site since Monday. Several Twitterati,  including politicians and celebrities, shared their favourite saree photos using the hashtag. Here are some posts:

Saree dipicts our Indian tradition and culture. It is also supposed to be known as our sexiest costume. One looks dignified , elegant, beautiful , graceful and yet can seem very appealing in it #SareeTwitter pic.twitter.com/gVIuAZ6Uco

Here comes a trend I can completely relate to! #SareeTwitter pic.twitter.com/CrP95J5edv

Because #SareeTwitter & I cannot miss tweeting with this hashtag :) pic.twitter.com/VTC2ISlvoy

Many wished Priyanka on her wedding anniversary on the post, some pointing to the physical similarities with her grandmother Indira Gandhi, the former Prime Minister of India.