PM Narendra Modi hits out at Pakistan, says 'repeated attempts being made to rake bilateral issues at SCO meet'

PM Narendra Modi said it is "unfortunate that there are repeated attempts to bring bilateral issues in the SCO agenda". 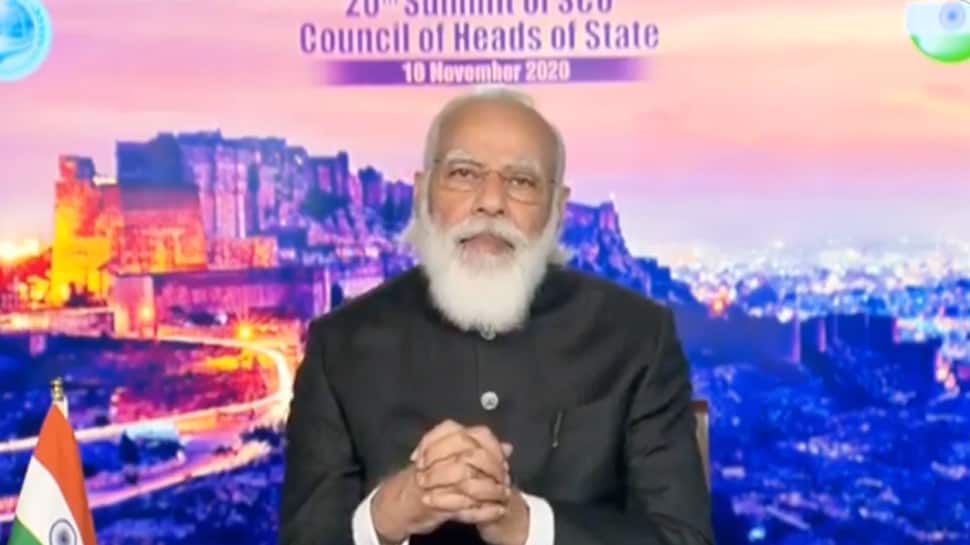 Prime Minister Narendra Modi on Tuesday indirectly slammed Pakistan calling it "unfortunate that there are unnecessary and repeated attempts to bring bilateral issues in the SCO agenda, which is in violation of SCO Charter and Shanghai spirit".

READ | We should respect sovereignty and territorial integrity: PM Modi's message to China at SCO summit

Addressing the 20th Summit of Shanghai Cooperation Organisation (SCO) Council of Heads of State via video-conferencing, PM Modi said, "It is unfortunate that repeated attempts are being made to unnecessarily bring bilateral issues into the SCO agenda which goes against the consensus."

In the virtual meet, PM Modi said that India has always been resolute in working in sync with principles laid out in the SCO Charter. PM Modi pitched for the United Nations (UN) reforms and counter-terror at SCO heads of state virtual meet.

Speaking at the SCO Summit. https://t.co/WS136xN3Vz

Hitting out at terrorism, PM Modi said, "We have always raised our voice against terrorism, smuggling of illegal arms, drugs and money laundering."

"India has strong cultural and historical ties with Shanghai Cooperation Organisation countries...India believes that to enhance connectivity it is important that we move forward while respecting one another's sovereignty and territorial integrity," said the PM.

Speaking on the coronavirus COVID-19 pandemic at the SCO summit, PM Modi said that in this difficult time of the unprecedented epidemic, India's pharma industry sent essential medicines to over 150 nations. He also said, "As world's largest vaccine producing country, India will use its capacity to help entire humanity in fighting the crisis."

"The United Nations has completed its 75 years but despite that many successes, the basic goal of the United Nations is still incomplete. The world struggling with the economic and social suffering of the epidemic is expected to bring radical changes in the system of the UN," added the PM.

"We expect full support from SCO member nations in the endeavour for a 'reformed multilateralism that reflects today's global realities, discussing topics such as expectations of all stakeholders, contemporary challenges, and human welfare," he added.

Minister of External Affairs Spokesperson (MEA) Anurag Shrivastava had said, "PM will lead the Indian delegation to the 20th summit of SCO Council of heads of state which will be held in the virtual format on 10th of November. The meeting will be chaired by President Putin of the Russian Federation".

This is the third meeting in which India will be participating as full members. New Delhi was granted the observer status of SCO in 2005 and in June 2017 it became a full member. This was the first time PM Modi and China's Xi shared the platform virtually after the Galwan Valley incident.

The Galwan Valley incident saw the death of 20 Indian soldiers due to Chinese aggressiveness at the line of actual control in eastern Ladakh. China also suffered casualties but never came out with figures. The year saw ties between the two neighbouring countries deteriorating as Chinese troops massed at the LAC.

Interestingly, Indian and Pakistani PMs will also be on the same virtual platform. Last time they PM Modi and Imran khan were under the same roof were at the UNGA dinner and lunch in 2019 in New York. Given the tensions in ties post-Pulwama terror attack, no meeting took place.