The security personnel opened fire after noting some suspicious activity around the Army Artillery unit at Rajarwani in Uri. 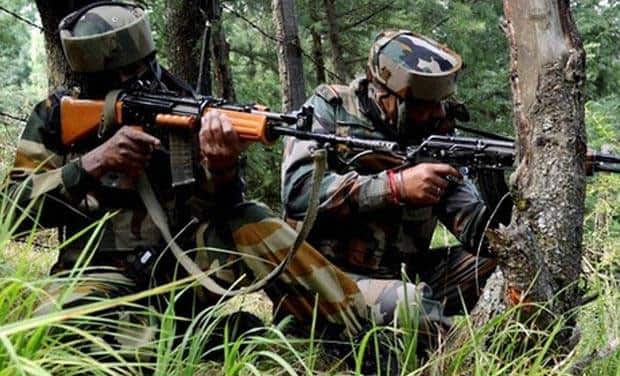 According to reports, the security personnel deployed at the Army Artillery Unit noted some suspicious activity around the camp late in the night and opened fire to thwart any possible attack.

J&K: Last night the security personnel of Army Artillery unit at Rajarwani, Uri detected some suspicious movement around the camp and opened fire. The area has been cordoned off and is being searched jointly by Police & Army. Two people are being examined. pic.twitter.com/yL2e4l3h5Y

Unconfirmed reports said that at least two terrorists have been killed in the firing by the security personnel.

The entire area has been cordoned off and a major combing and search operation is underway.

The search is being conducted jointly by the J&K Police and the Army.

A J&K Police spokesman said, "During night hours, the guards at Army Artillery Unit at Rajarwani in Uri detected some suspicious movement around the camp and opened fire. The area has been cordoned off and is being searched jointly by the police and Army,"

All local units of Army and the central paramilitary force deployed in the area have been alerted.

Meanwhile, two people have been detained and are being interrogated in connection with the incident, said ANI.

The security around the Army camp has also been tightened.

The attack comes a day after five terrorists belonging to Pakistan-backed terror outfits Hizbul Mujahideen and Lashkar-e-Toiba (LeT) were killed in an encounter with security forces in Jammu and Kashmir's Kulgam district.

The gunbattle broke out after terrorists opened fire on a search party of the security forces in Kulgam's Kellem village on Sunday morning.

A top Army official later confirmed that five terrorists were killed in the encounter and weapons and warlike stores were recovered from the spot.

"As per police records, it was a combined group of proscribed terror outfits HM and LeT and their (terrorists) exact affiliations are being ascertained. They were wanted by the law for their complicity in a series of terror crimes, including attacks on security establishments and civilian atrocities," a police spokesperson said.

Waseem, Aqib and Parvaiz were involved in killings of a civilian, Mohd Iqbal Kawa, and local Army jawan, Mukhtar Ahmad, he said.

He said this group of terrorists was also involved in various grenade attacks across Anantnag and Kulgam districts.