Law Minister RS Prasad said those questioning the timing of the bill were never stopped from introducing it when they were in power. 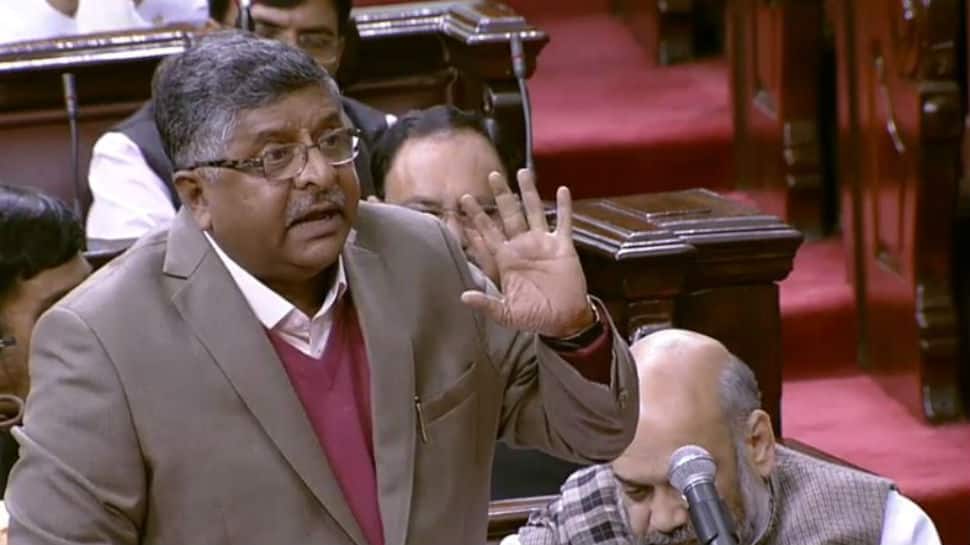 New Delhi: Law Minister Ravi Shankar Prasad on Wednesday mounted a spirited defence of the Quota Bill in Rajya Sabha and even attempted to tear into the opposition for casting aspersions on the timing of the bill.

Prasad said that that the bill reflects how concerned the Modi government is for the welfare of all people in the country and that even opposition parties have mostly agreed to the intentions of the bill which seeks to give 10% reservation to upper caste poor. "Let me tell honourable members that the 10% reservation does not violate SC ruling. It is our responsibility that people from all castes should progress," he said while also attacking Congress. "Why didn't the UPA government bring the bill in their term and now that we are passing it, why are you supporting it with ifs and buts."

Prasad was also scathing in his attack on TMC's Derek O' Brien who had previously said that the bill is an admission of guilt from the government for not creating jobs. "Derek O' Brien often tweets on cricket and the opposition has questioned our timing in getting this bill. Let me tell you all that in cricket, sixers are often hit in slog overs. All those asking why this being implemented now, who asked you not to execute this quota during your tenure?" he said.

The quota bill seeks to provide 10% reservation to economically backward upper caste members. It was passed by Lok Sabha on Tuesday after much deliberations even as opposition parties have called it an 'election gimmick.' The government, however, has maintained that the bill is in tune with its policy of 'Sabka Saath, Sabka Vikas.'