SMS, internet in Kashmir's govt-run hospitals to be restored from midnight 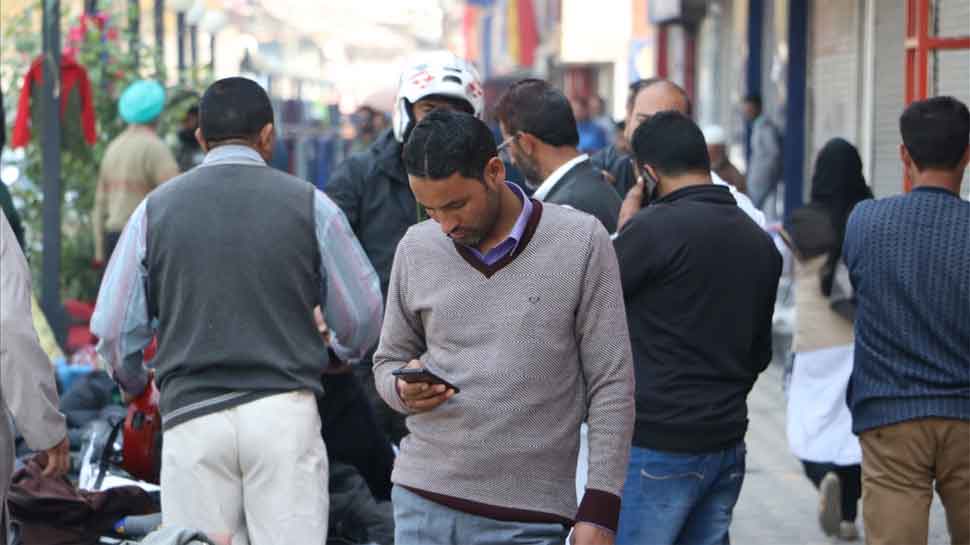 New Delhi: Almost five months after Article 370 was abrogated in Jammu and Kashmir, the authorities decided to restore the internet as well as mobile SMS services in Kashmir. The internet services will be restored in all the government-run hospitals in the Valley. The services will be restored from December 31 midnight in Kashmir, ANI quoted Jammu and Kashmir Principal Secretary Rohit Kansal as saying today.

"Earlier on December 10, some SMSes were enabled on mobile phones in order to facilitate students, scholarship applicants, traders and others. It has now been decided to fully restore the service throughout Kashmir from the midnight of December 31," Rohit Kansal said.

Broadband services will also resume in government schools and colleges from Tuesday midnight.

The pre-paid mobile, internet and SMS services have remained suspended in the Kashmir Valley since August 5, when the Centre announced the abrogation of Article 370 in Jammu and Kashmir and bifurcate the state into two Union Territories.

In addition, there has also been no relief to dozens of mainstream party leaders, including former J&K Chief Ministers Farooq Abdullah, Omar Abdullah and Mehbooba Mufti and other former legislators and ministers; although authorities released five National Conference and Peoples Democratic Party leaders from their detention yesterday, i.e. on December 30.

Last week, the authorities had restored the mobile internet services in Kargil district of Ladakh after it remained suspended for almost 145 days after the scrapping of Article 370 in the region. While landline telephones were gradually restored first, postpaid mobile services were resumed later.

The internet blockade caused a lot of inconvenience to the students and businessmen across the Union Territory of Jammu and Kashmir. The people had been demanding that the services be restored so that their difficulties come to an end.

In the second week of December, the Ministry of Home Affairs withdrew 72 companies of Central Armed Police Forces (CAPFs) from Jammu and Kashmir.