"MPs from Europe are welcome to go on a guided tour of Jammu & Kashmir while Indian MPs are banned & denied entry. There is something very wrong with that," Rahul Gandhi said in a tweet. 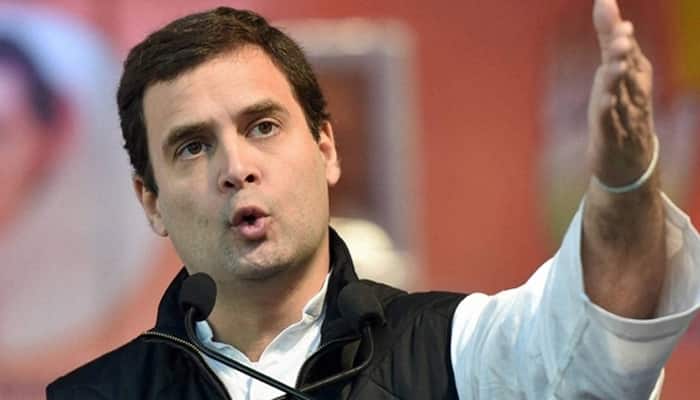 New Delhi: A 27-member European Union (EU) delegation arrived in Kashmir on Tuesday amid questions raised by the opposition on their tour at a time when other politicians are not allowed to visit the state.

"MPs from Europe are welcome to go on a guided tour of Jammu & Kashmir while Indian MPs are banned & denied entry. There is something very wrong with that," Rahul Gandhi said in a tweet.

Weeks after Article 370 was abrogated from J&K, which ended the special status given to the state and divided it into two Union Territories - Jammu and Kashmir and Ladakh, a delegation led by Rahul was stopped at the Srinagar airport and asked to return to Delhi. Later, former chief minister Ghulam Nabi Azad was also detained at the airport while trying to enter the region.

Priyanka, on the other hand, termed the government's move to invite the delegation to visit Kashmir as "unique nationalism".

Taking to Twitter, she wrote, "Allowing European MPs to travel and intervene in Kashmir while returning Indian MPs and leaders from the airport itself. Such unique nationalism it is."

Owaisi said that most of the MPs who are visiting Kashmir "suffer from Islamophobia".

"Fantastic Choice of MEPs who suffer from a disease - Islamophobia (Nazi lovers) are going to Muslim majority Valley. Sure people will welcome them by 'Ware Paeth Khoshh Paeth'," read an excerpt from Owaisi's tweet.

The Congress also slammed the delegation's visit being facilitated by the government.

Congress MP Manish Tewari said in a tweet: "Indian MPs should perhaps consider getting elected to European Parliament to be able to visit J&K that govt claims was integrated into India without firing a single bullet. Was J&K enemy/alien Territory before 5 August 2019? Has it not been an inalienable part of India since 1947?"

Meanwhile, Peoples Democratic Party (PDP) chief and former J&K CM Mehbooba Mufti, who is under house arrest since Article 370 was abrogated on August 5, also questioned the Centre over EU parliamentarians visit to Kashmir and asked if they are allowed to visit the state, why wasn't Rahul Gandhi allowed to do so.

In a tweet posted on behalf of her daughter Iltija, Mufti said, "If scrapping Article 370 integrated J&K into India, why is Shri Rahul Gandhi barred from visiting Kashmir? Instead, a group of far-right & fascist leanings EU MPs is allowed by GOI. Your ticket to Kashmir is possible only if you're a fascist with a visceral hatred for Muslims."

Mufti further said that the government was in a "lose-lose" situation in any scenario and also questioned as to why the delegation should not be allowed to meet former chief ministers Farooq Abdullah, his son Omar and herself.

In a statement, PM Modi expressed hope that members of the delegation will have a fruitful visit to various parts of the country, including Jammu and Kashmir.