Rajnath Singh made these remarks while speaking in Lok Sabha. 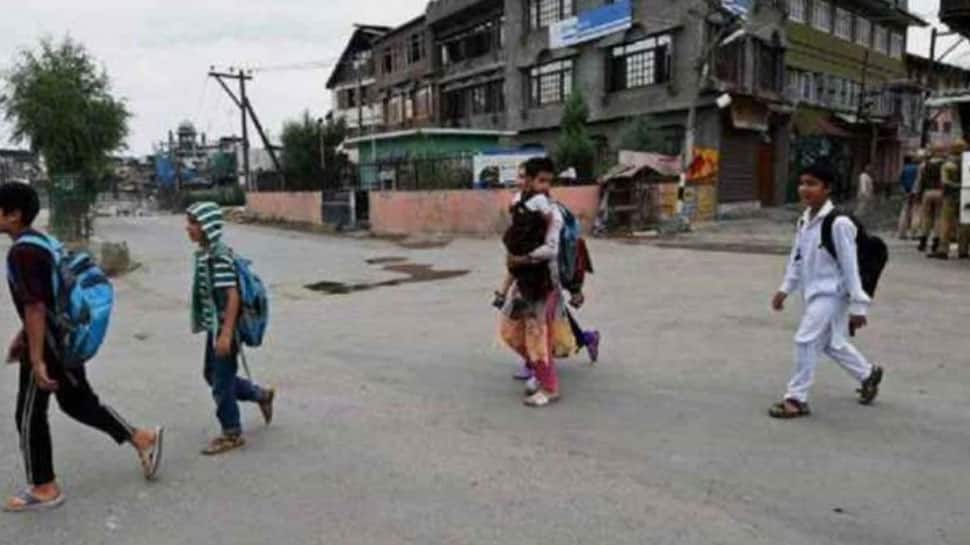 NEW DELHI: Union Defence Minister Rajnath Singh on Wednesday asserted that incidents of terrorism have come down significantly in Jammu and Kashmir after the abrogation of Article 370 by the Centre on August 5 earlier this year.

"Terror incidents have been taking place in Jammu and Kashmir for the last 30-35 years. But I must compliment the security forces that it has now come down to almost nil (Lag bhag na ke barabar)," the Defence Minister said.

Singh made these remarks while speaking in Lok Sabha.

The veteran BJP politician also said that the Army, paramilitary forces and the Jammu and Kashmir Police have been coordinating well to fight terrorism in the state.

He also assured the lawmakers in Lok Sabha that normalcy was fast returning in J&K and the overall situation was fully under control.

''Terrorist incidents are close to nil in Kashmir after the abrogation of Article 370. Normalcy is fast returning to J&K,'' he said.

Singh said this while responding to an issue raised by Congress MP S Kodikunnil on the recent killings of a few people in a terror incident.

Speaking in the Lok Sabha, Congress MP Kodikunnil had said, ''There are terrorist attacks in many parts of Jammu & Kashmir. Where is normalcy in J&K? Government is misleading the House. The government should make a statement.''

Speaking in Rajya Sabha on November 20, Union Home Minister Amit Shah had said that the situation in Jammu and Kashmir is completely normal, adding that not a single person has died in police firing since the day Artice 370 was abrogated from J&K.

"People in this House were predicting bloodshed, but I am happy to inform that no one has died in police firing, and incidents of stone-pelting have also declined," he added.

ISRO launches PSLV-C47: All you need to know about Cartosat-3