The security forces, however, are yet to ascertain the group affiliation of Tanveer. 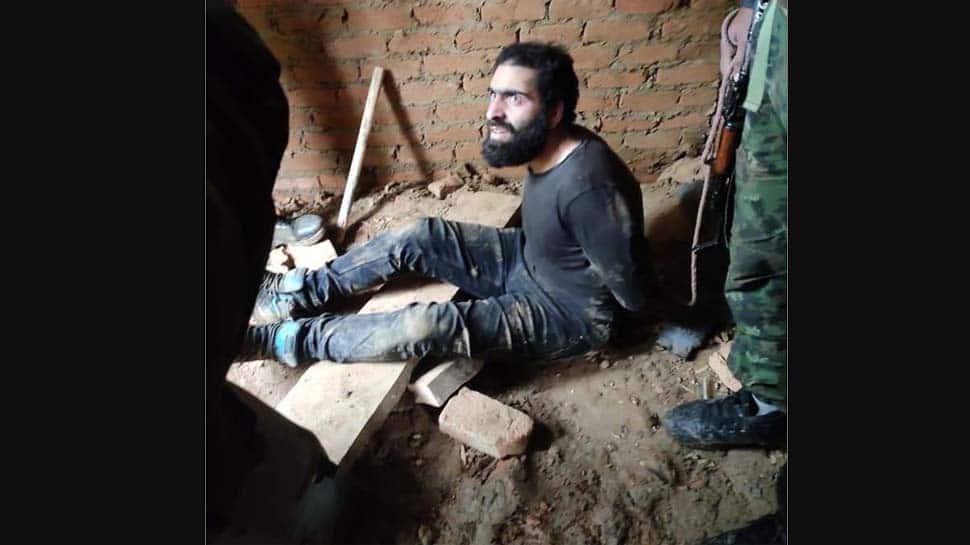 New Delhi: A terrorist was arrested by security forces in Gundana tehsil in Jammu and Kashmir's Doda district. He has been identified as Tanveer Ahmad Malik. The security forces, however, are yet to ascertain the group affiliation of Tanveer.

According to ANI, the terrorist is an Overground Worker of Hizbul Mujahideen and was arrested in a joint operation by Jammu and Kashmir Police and Army. One Chinese pistol and 10 rounds of ammunition was recovered from him.

"In a joint operation by police and Army, one overground worker of Hizbul Mujahideen has been arrested. A Chinese pistol and 10 rounds have been recovered," SSP Doda Mumtaz Ahmad said.

The next one month for security forces in Jammu and Kashmir will be seen as a big challenge as this will the time when the maximum infiltration activities from across the Line of Control is expected to take place. The snow in Bandipora, Kupwara, Baramulla in Jammu and Kashmir starts to melt during this period. In such a situation, it becomes easier for terrorists to infiltrate from across the border.

According to reports, a large number of terrorists are waiting across the Line of Control to invade into the country.

On May 4, three CRPF personnel were martyred in a terrorist attack in the Kupwara district. According to reports, terrorists opened fire on a CRPF patrol party near Qaziabad area of Handwara. The area was cordoned off following the attack on the forces and an additional reinforcement was rushed to the spot to track down the terrorists.

An unidentified body was been recovered from the spot.

According to CRPF officials, at around 5:30 pm today, terrorists opened fire on 92 Batallion CRPF at Wangam-Qaziabad in Kralgund area. While two CRPF jawans were killed on the spot, one succumbed to his injuries while he was being rushed to a hospital.

According to officials, paramilitary troopers retaliated immediately leading to an exchange of firing between two sides for several minutes.

On May 2, five Army personnel, including a decorated officer, laid down their lives and two terrorists were killed during a gunbattle in Handwara. According to an army official, a few terrorists had taken some civilians as hostage inside a house in Changimulla at Handwara of Kupwara district. Upon receiving a tip-off, a joint operation was launched by the Army and the Jammu and Kashmir Police.

However, during the process, the team came under a heavy volume of fire by the terrorists and in the ensuing firefight, two terrorists were eliminated and the five Army personnel and a policeman were killed in the line of duty, the army said.

AIIMS to conduct M.D/D.M/M.Ch final exams from May 30