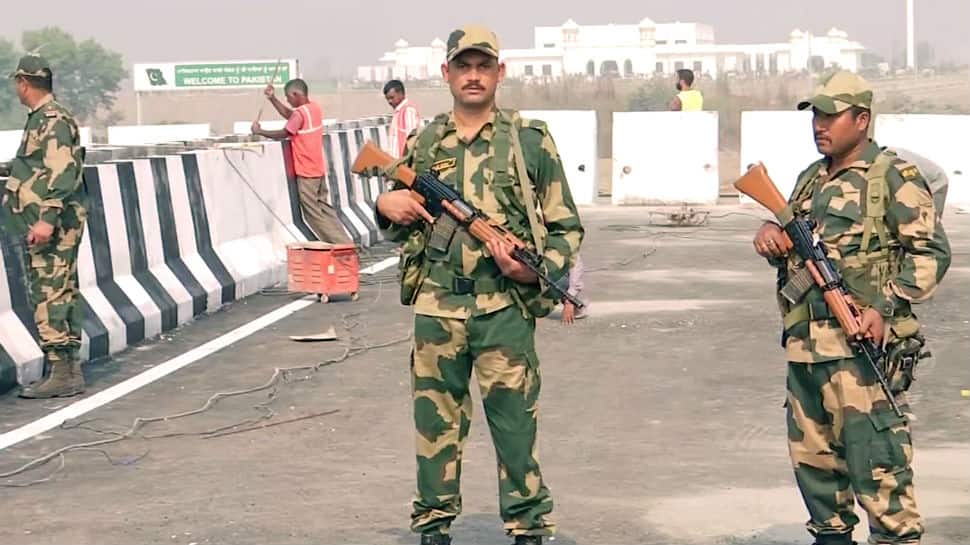 New Delhi: Just a few days ahead of the much-awaited Kartarpur Corridor inauguration, some terrorists have entered Punjab from across the border in Pakistan. The terrorists are reported to be hiding in the area near the Dera Baba Nanak shrine, intelligence agencies said on Wednesday. Following reports of terrorists in the area, the Border Security Force (BSF) has been asked to submit a detailed report on the same.

Kartarpur inauguration is scheduled on November 9. Prime Minister Narendra Modi will be addressing a public gathering at Dera Baba Nanak and will inaugurate the Corridor and Passenger Terminal Building while Pakistan PM Imran Khan will inaugurate the corridor in the Narowal district of Punjab province of Pakistan.

The report comes from an input by the BSF which suggested that terrorist training camps are situated at Muridke, Shakurgarh and Narowal, where a "substantial number of men and women are camping and undergoing training for terror-related activities." The input regarding the movement of terrorists in Ikhlaspur and Shakurgarh are being received from time to time.

So security is extremely high in the region and BSF and other security agencies responsible for monitoring the international border have been asked to submit a report on the situation.

The corridor connects Dera Baba Nanak Sahib in Gurdaspur district of Punjab with the Kartarpur Sahib Gurdwara in Narowal district of Pakistan's Punjab.

On November 3, Pakistan Prime Minister Imran Khan took to Twitter to share a series of photos of the completed project saying, "Kartarpur is ready to welcome Sikh pilgrims."

Khan also said that the Kartarpur Corridor is ready while congratulating his government for completing the work in record time for Guru Nanak Ji's 550th birthday celebrations.

India and Pakistan had on October 24 signed the Kartarpur Corridor agreement. With the signing of this agreement, a formal framework was laid down for operationalisation of the Kartarpur Sahib Corridor.

The first list of pilgrims who will be visiting the Gurudwara Darbar Sahib in Pakistan through the Kartarpur corridor has been finalised.

According to the agreement signed by the Ministry of Home Affairs, Indians of all faith can visit the place and they can travel without a visa. The agreement will remain in force for years but can be extended by mutual consent.