This school in Madhya Pradesh remembers Mahatma Gandhi every day

Wearing the Gandhi cap to school and singing Gandhi's favourite songs: This is how children of a government secondary school in Madhya Pradesh remember the Mahatma on a daily basis. 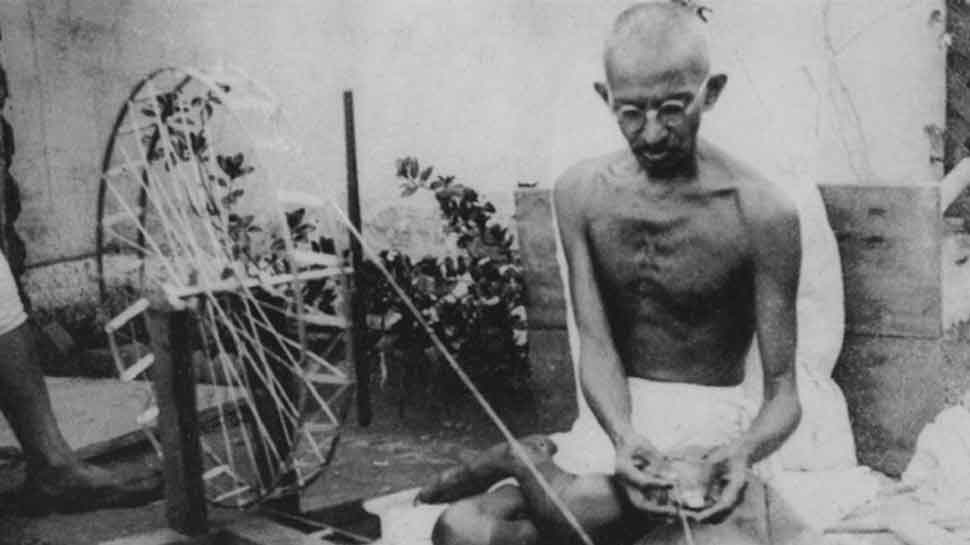 Narsinghpur: The Gandhi cap may be a rare sight these days, but there is a school in Madhya Pradesh`s Narsinghpur where children wear the Gandhi cap every day in school. Not only this, but the children also sing the famous Gandhi prayer "Vashno janato tene kahiyeche...." everyday.

Situated 10 km from the district headquarters in Narsinghpur, the government secondary school in village Badha presents a different look from the rest. "We don`t know exactly when this practice started. But there is a date inscribed on a wall in the school which says that on October 3, 1945 Mahatma Gandhi had arrived at the school. There is also a message which says - `will follow principles of truth and non-violence, Gandhi`s blessings`," said Sandeep Sharma, a teacher from the school.

Locals recall that Gandhi had visited the village during the non-cooperation movement. And since then, the villagers started wearing the cap, and the school followed the tradition over the decades. Sharma says, "I also wore this cap when I was studying in this school and today I am a teacher here and everyone continues to do this."

Along with the Gandhi cap, the school sings another of Gandhi`s favourite songs "Raghupati Raghav Raja Ram" as the morning prayer. The locals believe that by wearing the Gandhi caps, the children develop confidence, patriotism and right values to stay away from vices.

As per the records available, the school was started in 1844, and once had a loom section also where mats and caps were made to be used by the children. The school is popular in Narsinghpur as the children and the locals take pride in wearing the Gandhi cap.

The rest of the country may have given up wearing the cap but this school is continuing with the tradition.

With additions like INS Khanderi, India can now give 'much bigger blow' to Pakistan: Rajnath Singh