The prime minister said the Bharatiya Janata Party-led government did not seek any credit for the air strike. 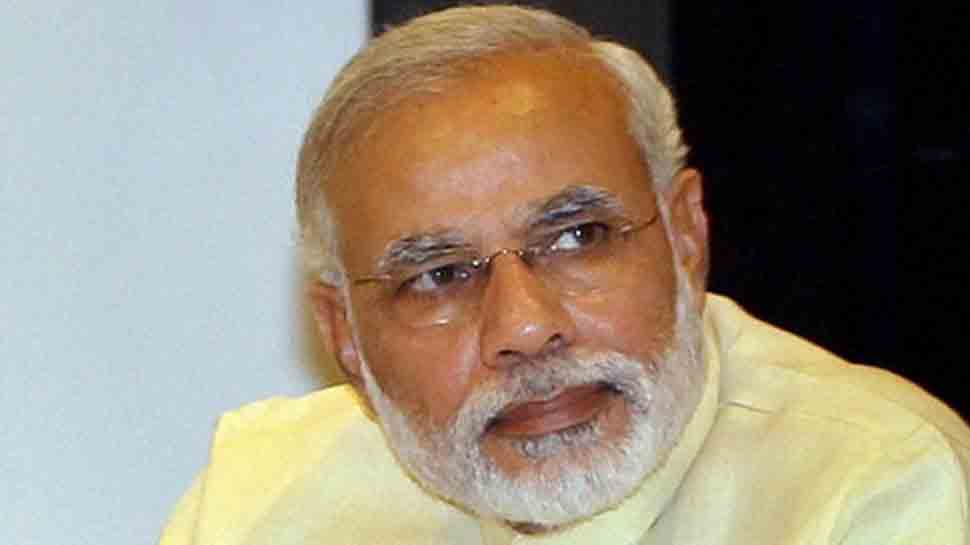 "Will you (people) do anything that appeases Pakistan or makes Pakistan clap? But some of our Opposition leaders have been doing the same for the past 10 days. Identify these people, they are not worried about the country, but scared of gong behind the bars and that is why they want to capture power at the Centre," Modi said at a public meeting here.

Pointing about a tweet by a Pakistan Army spokesperson about the air strike, Modi said: "Is Pakistan stupid to do this (tweet)? The 130 crore people of India are my proof. Please stop appeasing Pakistan."

The Opposition has been demanding that the Centre come out with the details, including the number of terrorists killed, of the air strike by the Indian Air Force in Pakistan's Balakot last week.

The prime minister said the Bharatiya Janata Party-led government did not seek any credit for the air strike.

"Now after the recent air strikes, you may have noticed the Indian government was quiet about it. And we did not sleep after the air strike. This 'chowkidaar' (watchman) was awake. We showed such bravery, but still kept quiet and did not seek any credit. It was Pakistan which first tweeted about it and started crying from 5 am. It was Pakstan which first spoke about India's courageous action," he told the crowd after inaugurating a slew of development projects.

Modi accused the Congress, Samajwadi Party and the Bahujan Samaj Party among others of not being ready to trust the armed forces. "They are the same people, who raised questions and disrespected the armed forces after the (2016) surgical strike. And, gradually when all the facts emerged, they turned speechless."

The prime minister alleged that the previous government had done nothing after the 2008 Mumbai attack and if the people wanted a similar response to such incidents, they would not have elected him.

"When terrorists killed our 40 soldiers in Pulwama, should Modi also have kept quiet? If I had to behave the way previous governments did, why did the people elect me?" he asked.

"Is it acceptable to you the way they (previous government) did? Should not I work according to the will of the people? Doesn't every Indian want to teach Pakistan a lesson? Doesn't every Indian want to teach terrorists a lesson in their own language? Should not terrorism be uprooted? Shouldn't Modi continue on this mission with your blessings?" Modi added.

Ensure safety, security of people from Jammu and Kashmir: Centre to states