The frontier, according to documents accessed by PTI, has been ordered to move 'lock, stock, and barrel' by March-end and will have to be operationalised at the new location from April 1. 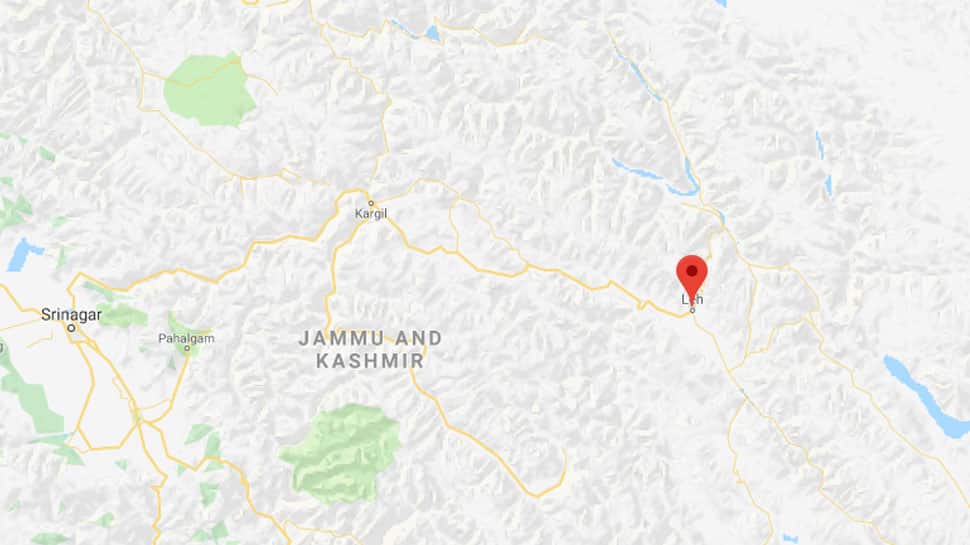 New Delhi: Amid growing concerns over the Chinese military buildup along the eastern flank of the country, the government has ordered moving a strategic ITBP command from its current base in Chandigarh by over 960 km to the border of Leh in Jammu and Kashmir, official sources said Thursday.

The North West (NW) frontier of the Indo-Tibetan Border Police (ITBP), tasked to guard the 3,488-km long Sino-India border in peace times, is headed by an Inspector General (IG) of the police-rank officer, which is equivalent to a Major General rank in the Army.

The frontier, according to documents accessed by PTI, has been ordered to move 'lock, stock, and barrel' by March-end and will have to be operationalised at the new location from April 1.

The Leh district in the mountains of Jammu and Kashmir is the base for the 14 Corps of the Army that is headed by a Lt General-rank officer and the new shift will allow better interaction between the two forces "for strategic and defence planning", official sources said.

The Army, which carved out a separate Corps in Leh after Jammu and Srinagar following the Kargil intrusion in 1999, has been demanding operational control over the ITBP, a proposal rejected by the government time and again.

Having the ITBP and the Army at the same operational location will resolve these issues as well, the sources said.

ITBP Director General (DG) S S Deswal confirmed the move to the news agency, saying the new frontier will be moved from Chandigarh to Leh and will be made operational from April this year. "We have to be on the border and that is why the frontier is being sent to the forward area," the DG said.

The Union home ministry had first mooted the proposal for this strategic move in 2015 but it did not materialise owing to some "administrative reasons".

As per the blueprint of deployment approved by the government for the ITBP, the Leh frontier of the border guarding force will have three sectors that will be based in Leh, Srinagar and Chandigarh and each of these will be headed by a Deputy IG-rank officer.

The ITBP, at present, has about half a dozen battalions deployed along the Chinese border that runs along Jammu and Kashmir and official sources said once the frontier starts operating from its new base in Leh, it will oversee the induction of more battalions that the force is inducting to enhance its presence on this icy, blizzard-prone mountainous border.

The ITBP has recently inducted a mechanised column of vehicles and communication equipment and all the weapons, artillery and combat paraphernalia will now be moved to Leh, that has both road and air connectivity.

The force also has sanctions to create and refurbish 40 Border Out Posts (BoPs) in these icy heights of Ladakh, where personnel have to face hostile weather as the mercury slips to as low as minus 40 degrees Celsius and the altitude ranges from 8,000-14,000 feet.

Modern 'composite' BoPs, which have weather control mechanism and facilities for better drinking water and rest and recuperation, are also being created for the ITBP troops in this region.

Leh, till now, had an ITBP sector establishment headed by a DIG-rank officer. The about-90,000-strong force not only guards the scenic Pangong lake in this area but also the upper reaches of the Himalayan mountain ranges that run across China.

As a part of its efforts to strengthen the military muscle along the China border, the government had similarly moved the North East (NE) frontier of the ITBP from Shillong in Meghalaya to Itanagar in Arunachal Pradesh in 2016.

Both the Arunachal Pradesh and the Leh regions have seen frequent incidents of incursions, standoffs and few instances of physical pushing and shoving between the troops of the Chinese PLA and the ITBP and the Army personnel over the last few years.

The 73 day-long military standoff between India and China in Doklam (Sikkim) in 2017 is a grim reminder of these instances. Sources, however, added that 2018 saw an about 60 per cent decline in these incidents all along the eastern border front that the Indian states of Jammu and Kashmir, Himachal Pradesh, Uttarakhand, Sikkim and Arunachal Pradesh share with China.