The Triple Talaq Bill is listed in Rajya Sabha and awaits clearance from Parliament to become a law. 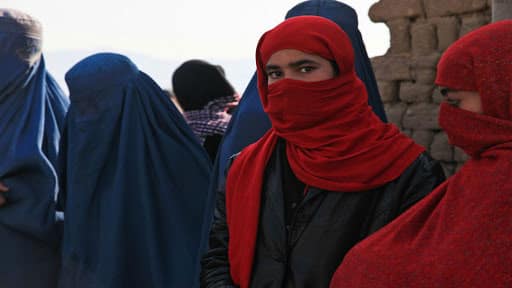 NEW DELHI: The ruling BJP on Monday said that the controversial Triple Talaq Bill, which is facing stiff resistance from several quarters, is meant to seek justice for thousands of Indian Muslim women and the government is determined to push hard for its clearance in the Parliament.

While stating that the Triple Talaq Bill, which is listed in Rajya Sabha, is not a question of government's reputation, Union Minister Narendra Singh Tomar urged all parties to support the bill in the Upper House.

''Triple Talaq Bill is listed in Rajya Sabha, it's not a question of government's reputation. The Bill is meant to get justice for women, so everyone should support it. We all must help in getting the Bill passed, '' Tomar told ANI.

Union Minister Narendra Singh Tomar: Triple Talaq Bill is listed in Rajya Sabha, it's not a question of government's reputation. The Bill is meant to get justice for women, so everyone should support it. We all must help in getting the Bill passed. pic.twitter.com/EO0zpXsbBn

In view of stiff resistance to the Triple Talaq Bill, the Narendra Modi government had last week said that it was receptive about any "constructive suggestions'' by the Opposition on the controversial bill.

The response came from Union Law Minister Ravi Shankar Prasad when questioned as to why the NDA government was not accepting the Opposition demand to refer the Muslim Women (Protection of Rights on Marriage) Bill, 2018 to a Select Committee of Parliament for scrutiny.

"Our decision will be decided on the floor of the House when I speak there. We have already improved a lot of things. A Select Committee is important, but the plight of victim women is equally important. I would appeal to the MPs to listen to their plight," Prasad said.

"We have no ego in...But the thing is that whatever is needed to be improved has been done. If they (Opposition) have a constructive suggestion, they can give us. We are open to considering them. But they did not give any suggestion in the Lok Sabha," he added.

During the discussion on the Bill in Lok Sabha, the Opposition, and even the fence sitters such as the AIADMK and BJD, unanimously demanded that the Bill be referred to a joint committee for scrutiny.

The government did not yield to the demand and got the Bill passed after a four-hour debate.

When the Bill came up for discussion and passage in Rajya Sabha on December 31, the Opposition pressed for voting on the Bill whether it should be sent to a select committee of the House.

The voting could not take place due to din and subsequent adjournment.

PM Narendra Modi had recently said that Triple Talaq is a matter of gender equality while referring to a question on the entry of women in Kerala's Sabarimala temple, which, he said, was related to age-old tradition.

Talking to ANI, Prime Minister tried to clear the air on BJP`s apparent contradiction in its stand on the controversial Triple Talaq Ordinance and the ban on entry of women between the age group of (10-50 years) in the Sabarimala Temple by saying the Ordinance against Triple Talaq was brought keeping in mind gender equality and social justice and it should not be seen as interference in religious issues.

"Triple Talaq Ordinance was brought after Supreme Court verdict. We have said in our BJP manifesto that a solution would be found to this issue under the Constitution," Prime Minister Modi said.

Amid a walkout by some opposition parties, the Triple Talaq Bill was passed in the Lok Sabha with the support of 245 votes against 11 on December 27, 2018.

In new avatar, TDP MP Naramalli Sivaprasad dresses up like MGR during protests in Parliament