Uddhav Thackeray gained the spotlight when he was announced the next Chief of Shiv Sena by his father. After he secured the win of his party in the 2002 BMC elections, his father pushed for his increased involvement with the party. In 2003, he was declared as the working president of the party, and he has been in control of Shiv Sena since then. 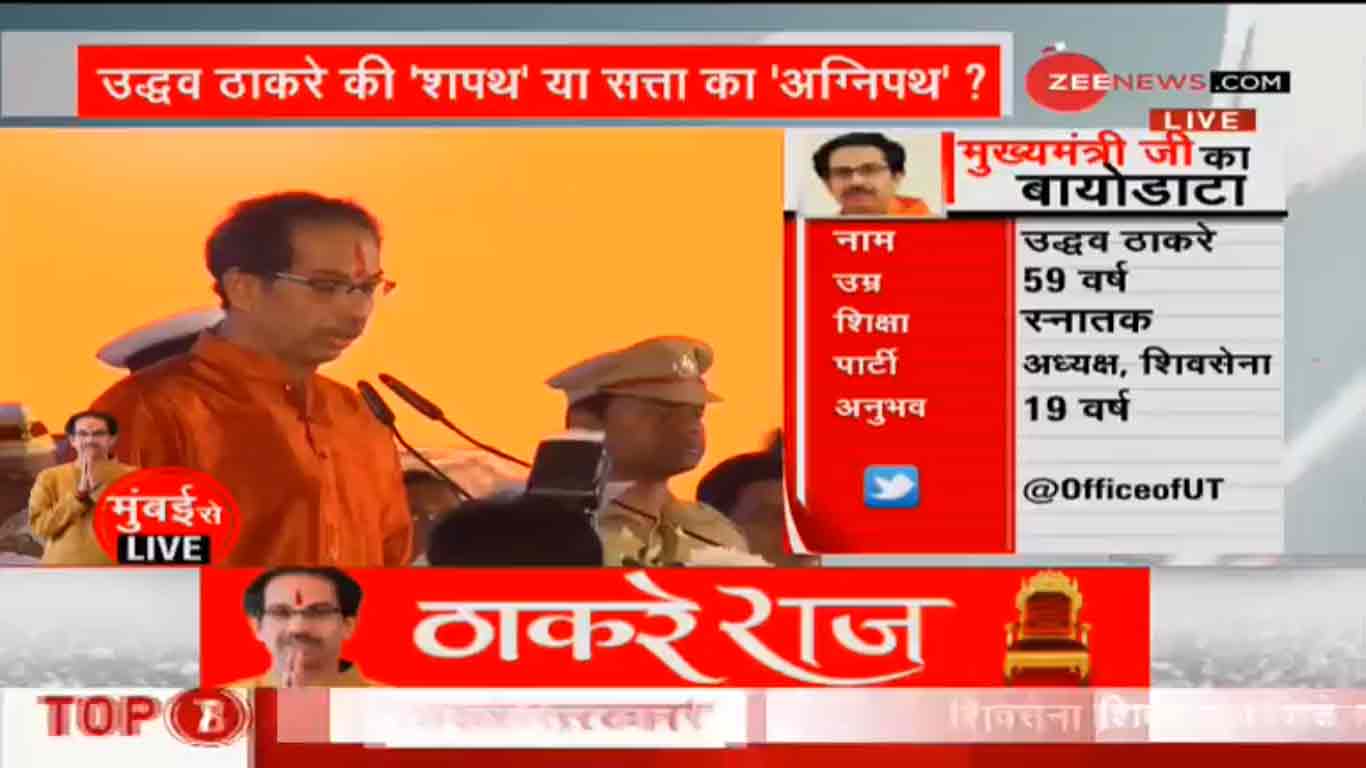 MUMBAI: Shiv Sena chief Uddhav Thackeray, who took oath as the 18th Chief Minister of Maharashtra on Thursday (November 28) at Shivaji Park in Mumbai, is the first from the Thackeray family to hold an administrative post in the state.

Born on July 27, 1960, Uddhav Thackeray is the son of late Shiv Sena founder Bal Thackeray. Uddhav is married to Rashmi Thackeray and has two sons, Aditya and Tejas. His elder son Aditya Thackeray is currently an MLA from the Worli assembly constituency in Mumbai, while younger son Tejas is said to be studying in New York's  Buffalo City College.

Uddhav Thackeray takes a keen interest in photography and has exhibited his collection of aerial shots of various forts of Maharashtra at the Jehangir Art Gallery in 2004. He has also published photo-books Maharashtra Desh (2010) and Pahava Vitthal (2011), capturing various aspects of Maharashtra and the warkaris during Pandharpur Wari respectively in the two books.

Uddhav was appointed as the party's working president in January 2003, after the Shiv Sena won the Brihanmumbai Municipal Corporation election in 2002. Since 2004, he got complete control over the party. Although he has worked at the state level and has secured several political victories for his party, he has refrained from active participation at the national level and chooses to work for the people of Maharashtra.

Uddhav gained the spotlight when he was appointed as the next chief of Shiv Sena by his maverick father. After he steered his party to victory in the 2002 BMC elections, his father pushed for his increased involvement with the party. In 2003, he was declared as the working president of the party, and he has been in control of Shiv Sena since then.

Uddhav has also been managing ''Saamana'', the Marathi newspaper, which was the mouthpiece for Balasaheb Thackeray. Since June 2006, he has been the Editor-in-Chief of this popular Marathi local newspaper, but today he handed over the responsibility to manage the popular daily to his close confidant and party Rajya Sabha MP Sanjay Raut.

Although Uddhav was the “Pramukh” or Chief of Shiv Sena since early 2004, the actual command of the party remained in the hands of Balasaheb Thackeray, who succumbed to old age in 2013. Since the passing away of his father, Uddhav is now the sole leader of the Shiv Sena.

Unlike his charismatic father, and his cousin Raj Thackeray, Uddhav Thackeray has shied away from aggressive politics. He rather chose to spend his efforts on creating a better organized and well-grounded political party.

Under Uddhav's guidance, his party swept the 2002 BMC elections, and he also managed to rein in the Shiv Sena workers, who were erstwhile known for their violent activities. He has mobilised them in a much more organized manner. He has also succeeded in transforming the image of Shiv Sena from a violent political outfit to that of a well-organized unit that is run by someone who cares about the state and its welfare.