At least 170 children have died in Bihar due to Acute Encephalitis Syndrome and the state government has come under heavy fire from the Opposition for it. 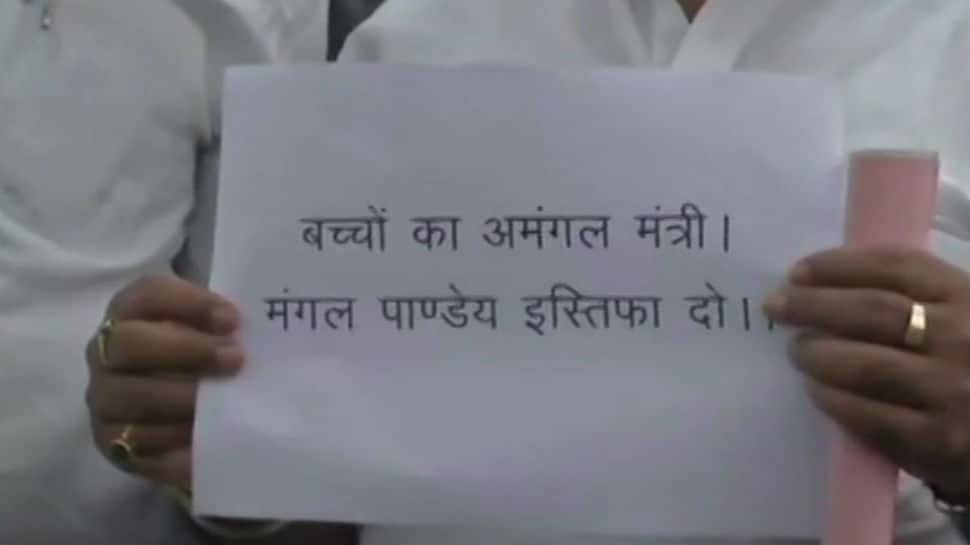 Members of the Rashtriya Janata Dal (RJD) on Tuesday demanded the resignation of Mangal Pandey from the post of Bihar's health minister following the outbreak of Acute Encephalitis Syndrome (AES) which has claimed the lives of over 170 children in the state.

Upping the attack against the Nitish Kumar government, RJD workers staged a protest and said that Pandey ought to take moral responsibility for the deaths due to AES and step down. Carrying placards, they camped outside the state Assembly in Patna and raised slogans against the government, accusing it of being ineffective in handling the situation.

The protest comes just a day after Nitish as well as Pandey had mounted a defence and had said that every measure is being taken to ensure the medical outbreak is contained and those in hospitals are taken care of. "Till June 28, 720 were admitted, 586 were cured and 154 children died. The death rate has been brought down to 21 per cent. As compared to the data from 2011-19, the death rate due to AES has come down over the past few years," Pandey had said in the Assembly. This was followed by Nitish's statement expressing 'deep anguish' over the deaths. ."What happened is extremely unfortunate, expressing grief is not enough, it is an extremely serious issue. We have held several meetings and discussed the issue at length," the CM had said.

The speeches, however, failed to cut ice with RJD leading massive protests on Monday as well. Rabri Devi even said a murder case should be lodged, demanding a thorough probe into what led to the deaths and what measured were taken to check the outbreak of the disease.