UP woman, who set herself on fire outside SP office, dies

The woman had alleged that the police were not acting on her complaint against the accused rapist Avadesh Singh. She claimed that he had promised to marry her, but was now refusing to acknowledge the relationship. 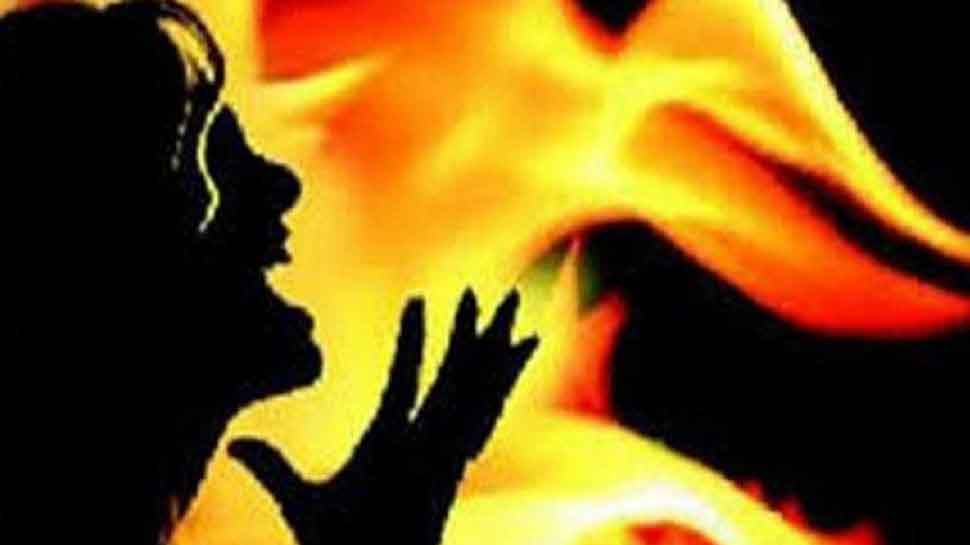 Kanpur: The 23-year-old rape victim, who was set herself on fire outside the office of Superintendent of Police (SP) in Unnao on December 16, has died in a Kanpur hospital. She died on Saturday night.

The woman had alleged that the police were not acting on her complaint against the accused rapist Avadesh Singh. She claimed that he had promised to marry her, but was now refusing to acknowledge the relationship.

A case of rape was registered against Avadesh Singh, but the latter had obtained anticipatory bail from the court. The police had filed the charge sheet against the accused. The woman suffered 70 per cent burns and was admitted to the Lala Lajpat Rai hospital in Kanpur on December 16 itself.

The doctors said that the woman had developed swelling in her abdomen and respiratory organs, and had been put on a ventilator since Saturday morning.

It may be recalled that the woman had reached the SP office in Unnao on December 16 and poured kerosene on herself and set herself on fire. She walked into the office in flames.

The cops immediately doused the flames and took the woman to the district hospital from where she was referred to the Lal Lajpat Rai hospital in Kanpur.

According to SP Unnao Vikrant Veer, the woman was in a relationship with the accused for several years.

She had lodged a complaint against the accused, Avadesh Singh, on October 2, accusing him of having sexually exploited her.

It may be recalled that on December 5, a rape victim had been set ablaze in Unnao by those who were accused of having raped her. The victim, who suffered 90 per cent burn injuries, was taken to Lucknow and then Delhi for treatment, but she died the following day.