Anbhazhagan, the senior-most DMK leader and a close friend of late party patriarch M Karunanidhi, was not keeping well for some time due to age-related ailments. 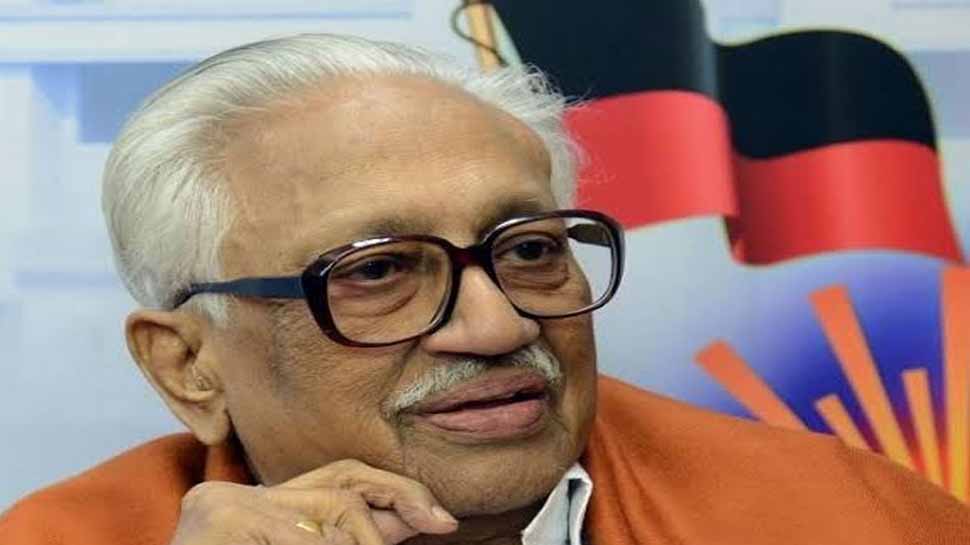 Anbazhagan (97), the seniormost DMK leader and a close friend of late party patriarch M Karunanidhi, was not keeping well for some time due to age-related ailments and was admitted to the Apollo Hospitals on February 24 after his health conditions deteriorated, Dravida Munnetra Kazhagam (DMK) chief M K Stalin said.

A nine-time MLA, Anbazhagan was the party's general secretary for 43 years. He had been staying away from active politics for some time due to his illness.

In a statement, Stalin said Anbazhagan passed away at 1 am and party flags would fly at half mast for seven days.

All the DMK programmes were postponed for a week, he added.

Known as "Perasiriyar" (professor) in the DMK circles, Anbazhagan had served as the Tamil Nadu finance minister and minister of public welfare.

Stalin had visited the ailing DMK leader when he was admitted to the hospital.

After his demise, Anbazhagan's body was taken to his residence in the city.