Priyanka Gandhi Vadra said that she won't rest until the party's victory in 2019 Lok Sabha polls. 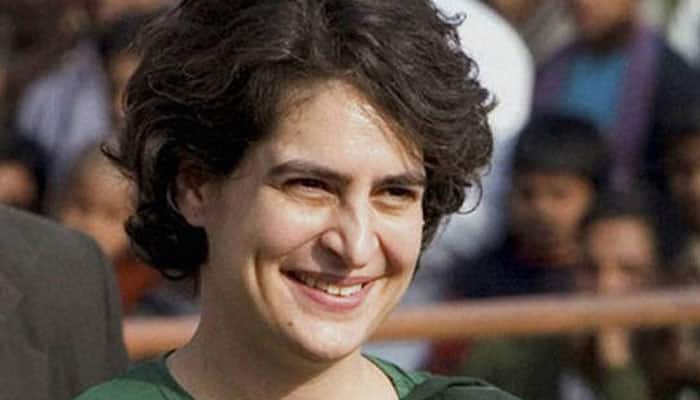 New Delhi: Priyanka Gandhi Vadra, who has been recently appointed as the Congress general secretary in-charge of eastern Uttar Pradesh, has said that she will eradicate divisive politics in the state and will work towards uniting people.

Sending out a tough message to the ruling BJP and other right-wing outfits, Priyanka said that she will ''defeat the RSS ideology.''

''The ideology and the thought process of the RSS-BJP combine needed to be countered,'' Priyanka said in what was her first formal party meeting as a Congress office bearer on Thursday.

During a meeting at the Congress headquarters, which was convened by party president Rahul Gandhi to discuss various strategies for the upcoming polls, Priyanka asserted that she will leave no stone unturned to ensure party’s victory in Uttar Pradesh.

“I have taken this charge a few days ago and am trying to understand a lot of things, however, I would like to assure you that I will leave no stone unturned to ensure that the party benefits in the state,” she said.

Later, elaborating upon the details of the meeting, party spokesperson Randeep Singh Surjewala stated, “Priyanka has assured that she will eliminate divisive politics in Uttar Pradesh and will work towards bringing people together.

Moreover, she has also said that she will not sit peacefully till the time she ensures the victory of the Congress in the state, Surjewala said.

A source present at the meeting was quoted as saying by ANI that Rahul Gandhi has told both Uttar Pradesh secretaries - Priyanka Gandhi and Jyotiraditya Scindia - that they will not only have to prepare for the upcoming Lok Sabha polls but will also have to chalk out a plan to fight the 2022 Vidhan Sabha elections in the state.

Importantly, both Priyanka Scindia will visit Lucknow on February 11 along with Congress president Rahul Gandhi on a four-day tour.

This will be Priyanka`s first visit after being appointed as the Congress general secretary.

According to Congress party sources, the leaders will carry out a 12-kilometre long roadshow.

After the roadshow, the three leaders are expected to interact with the party workers at the Congress office in the Lucknow city, according to senior party leader KC Venugopal.

Ahead of their visit, the party office in the state has been revamped and preparations are on in full swing to welcome the newly-appointed general secretaries.

The Uttar Pradesh Congress Committee (UPCC) is preparing to give Priyanka a grand welcome who will be on her first visit to the state and the UPCC headquarters after her appointment as general secretary.

Several rooms of the UPCC headquarters have been refurbished and a newly-built media hall will also be inaugurated by Priyanka.