United Airlines to offer passengers up to $10,000 to surrender seats

United Airlines said that it would offer passengers who volunteer to forfeit their seats on overbooked flights up to $10,000 as part of the carrier`s efforts to repair the damage from the rough removal of a passenger. 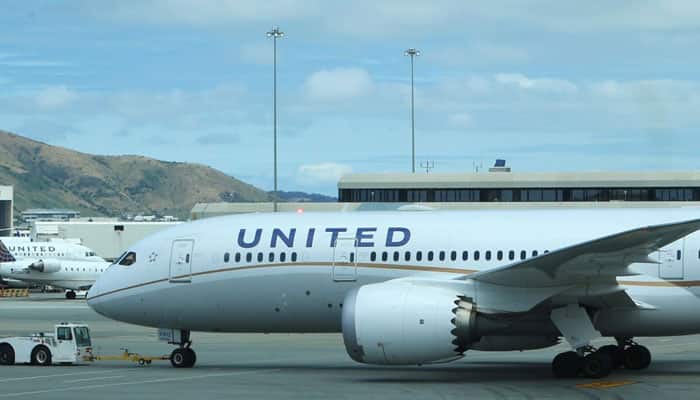 New York: United Airlines said on Thursday it would offer passengers who volunteer to forfeit their seats on overbooked flights up to $10,000 as part of the carrier`s efforts to repair the damage from the rough removal of a passenger.

The offer came after rival Delta outlined plans to offer up to $9,950 in such cases.

"Our goal is to reduce incidents of involuntary denial of boarding to as close to zero as possible and become a more customer-focused airline," the carrier said in the statement.

United had spent the last two weeks embroiled in controversy after videos recorded by fellow passengers, which went viral, showed David Dao, 69, yanked from his seat aboard a Louisville, Kentucky-bound United flight before takeoff from Chicago`s O`Hare International Airport to make room for crew members.

Dao lost two front teeth in the scuffle, incurred a concussion and broke his nose, according to his lawyer, and will likely sue the airline.

United typically oversells flights by less than zero to 3 percent of the plane`s seat capacity to account for no-shows.

United said it would no longer call law enforcement to deny passengers boarding, nor would passengers who are already seated be required to give up their seats on overbooked flights.

United will adopt a "no questions asked" policy on permanently lost baggage, paying customers $1,500 for the value of the bag and its contents, beginning in June.

"This is a turning point for all of us at United," Chief Executive Oscar Munoz said in a statement.

Munoz, who took the helm at United in 2015 as part of an effort to improve customer relations, has faced calls to step down after referring to Dao as "disruptive and belligerent" in a statement following the incident.

It sparked a national conversation on U.S. carriers` treatment of customers in an industry comprising just a handful of competitors following years of mergers and consolidations.

United announced last week that Munoz, in a move he himself initiated, would not become company chairman in 2018 as stated in his employment agreement.