Indian Muslims should demand a separate country, they're being harassed: Kashmir deputy Mufti

Kashmir deputy Mufti on Tuesday said that Muslims were living in pathetic conditions. 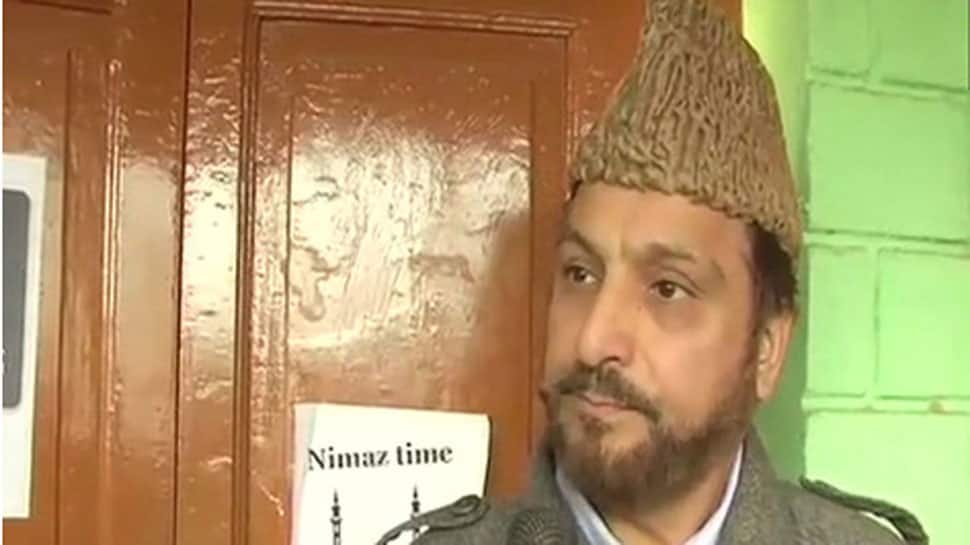 Srinagar: Sparking controversy, Kashmir Deputy Mufti Azam Nasir-Ul-Islam on Tuesday said that Muslims in India should demand a separate country as they are bound to live in pathetic conditions.

"Muslims are being harassed in India in the name of love jihad, cow vigilantism and what not. The population of Muslims is second largest in India. Pakistan was formed with only 17 crore people. If the Muslims continue to suffer in India, then we will have to form a new country. The Muslim community should ask for a separate country," he said.

Nasir-Ul-Islam further said that the government was not paying heed to the problems of the Muslim community.

"Indian Muslims are living in a pathetic condition. Government is not listening to them. So what is the way out? Way out is to separate from India," he told ANI.

Nasir-Ul-Islam has been the Deputy Mufti Azam since 2000. In 2012, he was nominated by his father and Grand Mufti, Bashir-Ud-Din as his successor to the post in the Supreme Court of Islamic Shariat.

Other Ulemas had endorsed the decision. Also, senior members of the Jammu and Kashmir Muslim Personal Law Board were also present on the occasion.