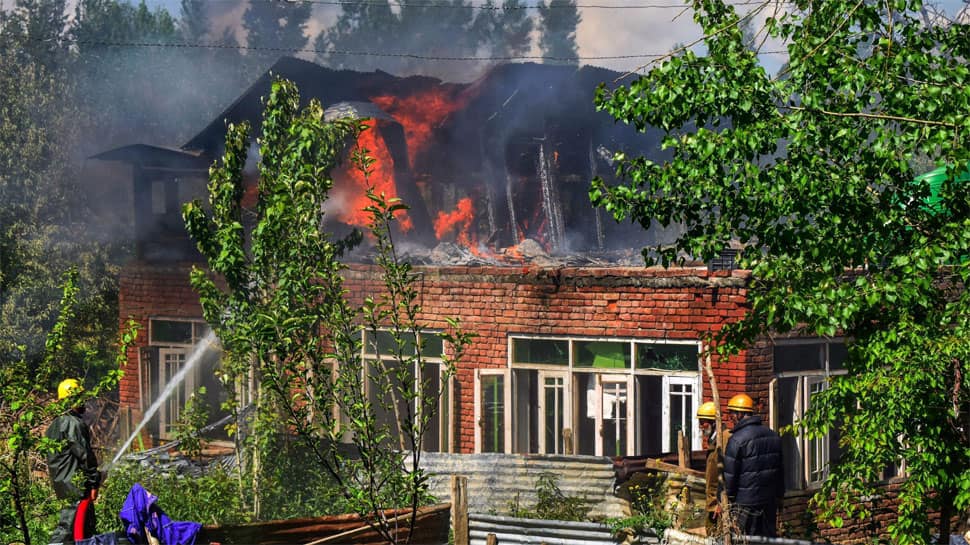 The video had surfaced on social media some 24 hours before the encounter. Bhat in the video is heard asking an informer to disclose his identity and names of the persons who were working for Army. The Hizbul terrorist is also heard telling the man not to inform the security forces in future about their whereabouts, as per reports. At the end of the video, Bhat is heard saying - "Tell Shukla (Major Rohit Shukla) that just because the lion has stopped hunting, dogs think that the whole jungle belongs to them, if Shukla has guts then he should come face to face with us."

The encounter in Jammu and Kashmir's Drabgam village is said to have been led by Major Shukla. The Major was also injured in the encounter while another armyman suffered bullet injuries. They were evacuated and airlifted to Srinagar’s 92 base hospital of the Army.

Major Shukla is posted in 44 Rashtriya Rifles at Shadimarg area of Pulwama and village Drabgam falls under his unit.

Bhat met his end around 2.15 pm after security forces, acting on a tip-off that terrorists were holed up inside a house, cordoning the area in the morning on Monday.

Another terrorist, identified as Aaquib Mushtaq, was also killed in the encounter. He belonged to Rajpora area of Pulwama.

Bhat had hit headlines when in November 2017 his photograph posing with an American-made gun in an orchard somewhere in south Kashmir had gone viral. He had emerged as another poster boy for the Hizbul after the death of terrorist Burhan Wani in July 2016.

Bhat, on whom there was a bounty of Rs ten lakh, is said to have played a major role in the escape of Pakistani terrorist Naveed Jatt from a Srinagar hospital in February 2018.