Congress MLA JN Ganesh has been accused of allegedly assaulting his party colleague Anand Singh at a resort following a brawl. 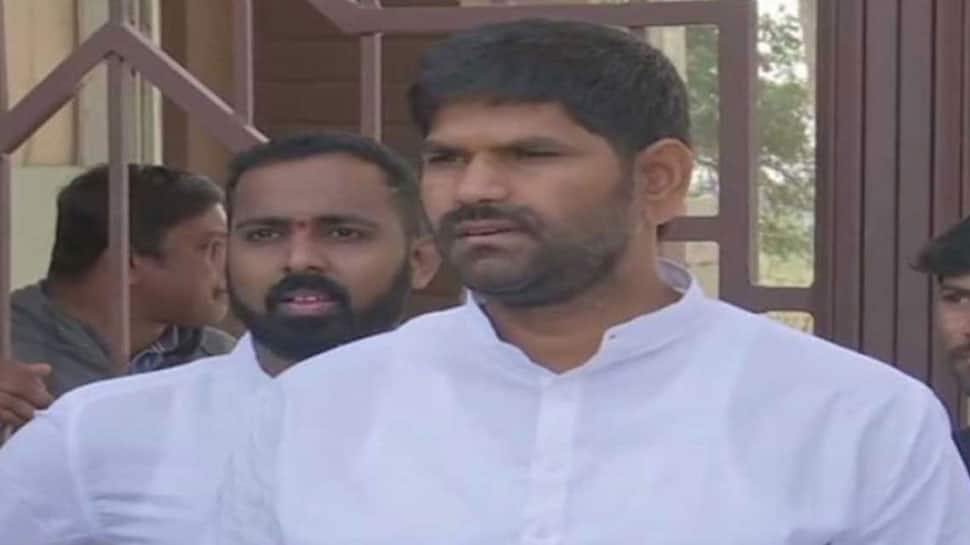 BENGALURU: Congress MLA JN Ganesh, who is accused of allegedly assaulting his party colleague Anand Singh at a resort following a brawl, has now been suspended from the party.

News agency ANI reported that Congress MLA JN Ganesh has been suspended from the party by VY Ghorpade, general secretary of KPCC on the directions of Dinesh Gundu Rao, president of the Karnataka Pradesh Congress Committee (KPCC).

Ganesh had earlier apologised to the family of his party colleague MLA Anand Singh after the latter was hospitalised on Sunday following a brawl between the two lawmakers.

"I would like to apologise to their family (Anand Singh) if they`re hurt. Whatever the media is reporting is false. We had a heated argument. The quarrel snowballed. He slipped and he has suffered these injuries," Ganesh said in his apology.

Singh and Ganesh allegedly got involved in a heated argument on Saturday at a resort near Bengaluru where the Congress party sequestered 76 lawmakers "to protect them from the BJP".

"I, Bheema Naik and Anand Singh had a confrontation but we did not beat each other up. Whatever is reported in the media is false. Something happened and I apologise," Ganesh further said.

According to media reports, a quarrel took place late on Saturday between Singh and Ganesh after which Singh had to be rushed to a hospital for treatment.

"I did not agree with what Bheema Naik and Anand Singh were saying and it led to an argument. Our high command shouldn't feel embarrassed, that is why I did not address the media immediately," Ganesh added.

MLA Anand Singh had earlier filed an FIR against party Ganesh for allegedly assaulting him. In a photo shared by news agency ANI, Anand Singh can be seen with a blackened eye.

A medico-legal register of the private hospital where Anand is undergoing treatment, in its report said: "history of traumatic injury at around 1 AM on January 20 at Eagleton Resort, Bidadi, and sustained an injury to head, face and left side chest pain."

It also said "no history of loss of consciousness, seizure and vomiting" and added that there was complaints of a headache and left side chest pain. The report also cites "black eye, nasal blood clot, and tenderness over left lower chest".