KFD is a tick-borne viral hemorrhagic fever. The infection, which starts with high fever and body ache, results in haemorrhage, similar to that in dengue. 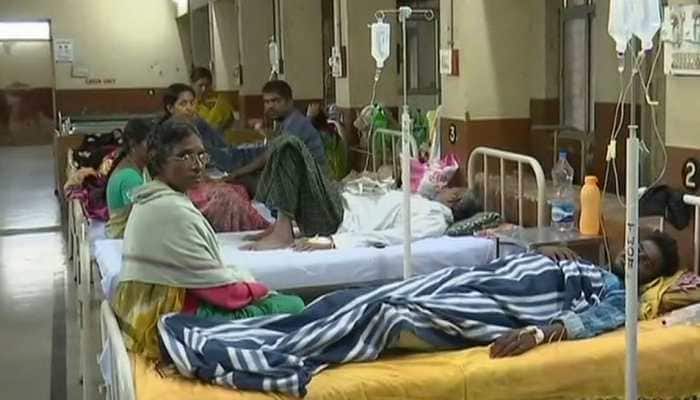 “Every year they used to do immunisation, last year they forgot because of the election but when local MLA raised the issue we started. There are enough medicines, we've appointed a committee to review the situation,” said Karnataka Health Minister S Patil.

In December 2018, a total of nine deaths due to monkey fever was reported in Shivamogga district alone.

Releasing the data, the Karnataka health department earlier said the department said 100 positive cases had been identified in the district since December 24, 2018. Over 120 monkeys too died of the disease in Shivamogga.

A health officer said over 20,000 people have been vaccinated till date.

"We are carrying out field surveillance and have so far surveyed 374 villages,” said a health officer.

KFD is a tick-borne viral hemorrhagic fever endemic in South Asia. People with poor immunity level are more susceptible to it. The virus spreads through parasitic ticks which latch on to monkeys and is transmitted to human through tick bites. The KFD infection, which starts with high fever and body ache, results in haemorrhage, similar to that in dengue.

It was first reported in the country from Kyasanur forests in Shivamogga district in 1957 and hence came to be known as KFD.

A vaccination drive is currently underway for the same. Since the disease is caused by a tick, the district authorities were distributing insect repellent.

Ahead of Karnataka budget session, Congress issues fresh whip for its MLAs