The 111-year-old Lingayat was being treated for a lung infection which he developed after an operation on December 8. 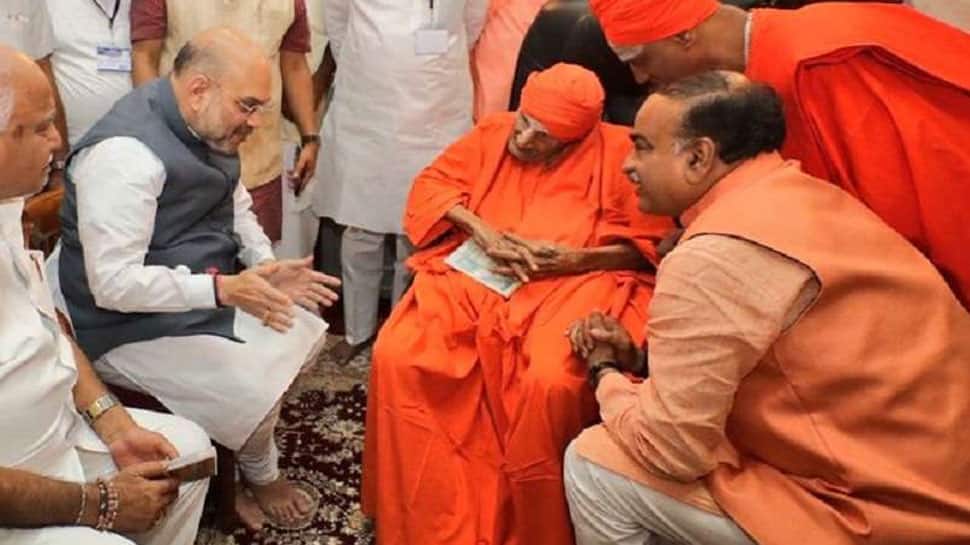 Bengaluru: Shivakumara Swami, the seer of Siddaganga Mutt in Karnataka's Tumkuru, died at 11.44 am on Monday. He was 111. He will be cremated on January 22, at 4.30 pm, said Chief Minister HD Kumaraswamy.

The Karnataka government has declared a three-day state mourning and one day holiday for all schools, colleges and government offices.

Karnataka CM HD Kumaraswamy: Siddaganga Math seer Sri Shivakumara Swamiji passed away at 11.44 am today. The cremation will be done on 22nd January at 4.30 pm. pic.twitter.com/xG9O70vSbE

The main pontiff of Sree Siddaganga Mutt, Shivakumara Swami, was considered to be one of the most esteemed religious and social practitioners of the Lingayat-Veerashaiva faith of Lingayatism.

The 111-year-old Lingayat was being treated for a lung infection which he developed after an operation on December 8, which was carried out to treat his liver and bile duct infection.

The 'walking god', as he was fondly referred to, was on ventilator support.

He was also awarded the prestigious Karnataka Ratna award, the highest civilian award given by Karnataka Government on his centenary year 2007, for his social service.