A mentally challenged woman in Kerala was allegedly attacked and thrashed by her neighbours. The incident took place at Aluva on Tuesday. 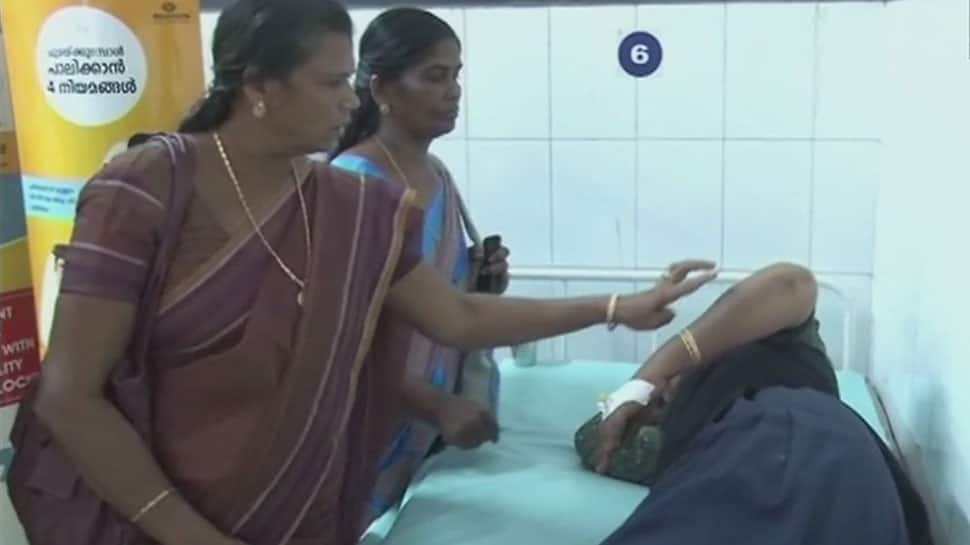 THIRUVANANTHAPURAM: A mentally challenged woman in Kerala was allegedly attacked and thrashed by her neighbours. The incident took place at Aluva on Tuesday.

Following the incident, the woman has been admitted to the hospital.

Kerala: A mentally challenged woman allegedly attacked and thrashed by her neighbors yesterday in Aluva, admitted to hospital. pic.twitter.com/disC5rmUKo

The woman was beaten up in public by a group of women, who have been arrested. The accused will be produced before the Magistrate court.

"Bail can be given, but it is a sensational issue that a woman was beaten up in public by some women. We take such cases very seriously. So we are not giving them bail from the station. They will be produced before the Magistrate court," Aluva Rural SP, AV George, said.

The neighbours alleged that the mentally challenged woman used to pelt stones on them.

The block president and panchayat head have, however, said that they are ready to take her for treatment.

"We're being told she used to pelt stones on neighboring houses & attacked them. Block President & Panchayat Head say they are ready to take her for treatment. If they are ready to co-operate police will also be ready to extend help," George added.

This Padmashree awardee can heal all kinds of snake bites