A professor of International Relations, Sarkar also stressed on celibacy and virginity as part of ethics and morality in a Facebook post. 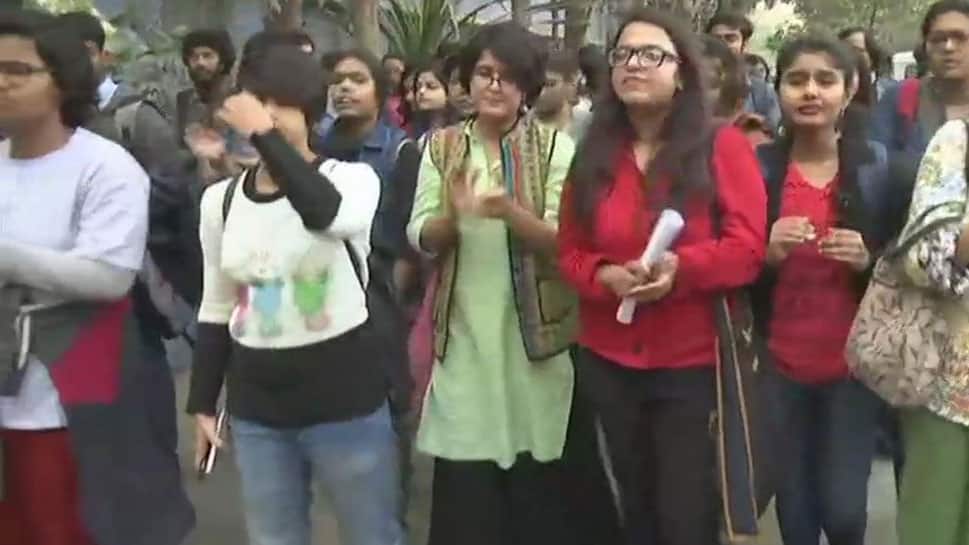 Kolkata: Students of Jadavpur University on Tuesday staged a protest on the campus of the versity, demanding the expulsion of Professor Kanak Sarkar over his derogatory remarks on a Facebook post. Claiming Professor Sarkar to be a repeat offender, the students said that he is influencing young minds. "We want his expulsion as he is influencing young minds and we don't want misogynistic environment here. He's a repeat offender," they said.

Professor Kanak Sarkar is under fire for making a controversial comparison of a virgin girl to a sealed "bottle of cold drink or a packet of biscuits". He also termed the boys who do not know about their wife being a virgin as 'fools' and asserted that a "virgin wife is like angel".

Sarkar in his controversial post wondered why somebody would be "willing to buy a broken seal while purchasing a bottle of cold drink or a packet of biscuits? A girl is born sealed from birth until it is opened... A virgin girl means many things accompanied with values, culture, and sexual hygiene," he said in his post. He added that "to most boys, a virgin wife is like an angel."

A professor of International Relations, Sarkar also stressed on celibacy and virginity as part of ethics and morality in a Facebook post. Facing flak on social media, the professor deleted his post. However, he also maintained his stand stating that he has 'freedom of speech'.

His post was shared widely on social media with netizens calling him out.

Taking note of his controversial comments, the university promised to take action against him while the National Commission for Women asked the West Bengal Director General of Police to investigate and take appropriate action in the Jadavpur University professor for giving "misogynistic" lessons to his students.