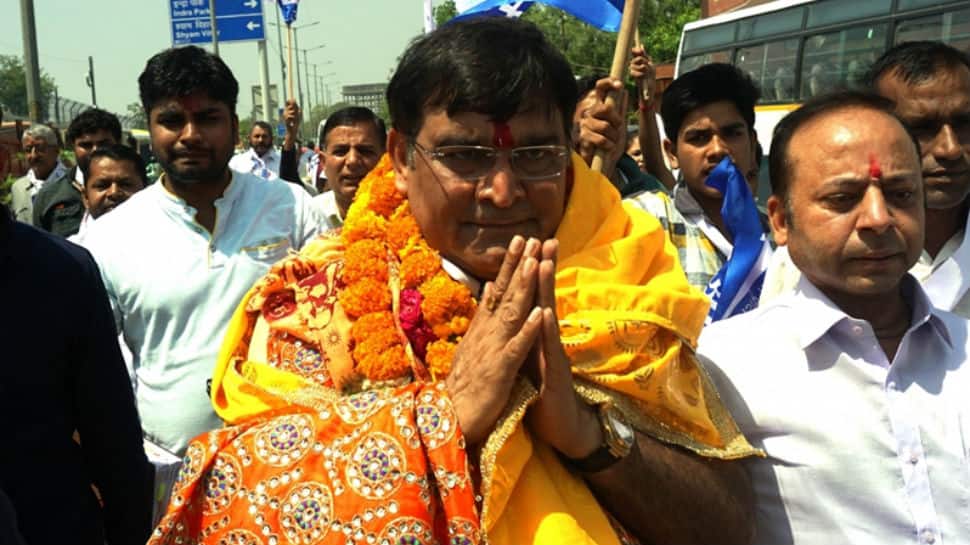 "My father joined politics about three months back. He had paid Arvind Kejriwal Rs 6 crore for a ticket. I have credible evidence that he had paid for this ticket," Uday was quoted as saying by news agency ANI.

#WATCH Aam Aadmi Party's West Delhi candidate, Balbir Singh Jakhar's son Uday Jakhar: My father joined politics about 3 months ago, he had paid Arvind Kejriwal Rs 6 crore for a ticket, I have credible evidence that he had paid for this ticket. pic.twitter.com/grlxoDEFVk

"Why was my father, who was not even part of the Anna Hazare movement, given a ticket by the AAP?" he asked and added that an ametuer politician getting a ticket was "surprising."

The AAP candidate's son claimed that his father was being given a ticket from West Delhi after he agreed to pay Rs 6 crore to Arvind Kejriwal and Gopal Rai.

"When I asked money for my education, he wasn’t ready to do so. He said he will use the money for his own political benefits. But another surprising factor is he was ready to use that money for bail of Yashpal and Sajjan Kumar (involved in the Sikh riot case). He was willing to bail them out of court and was ready to fight a case for them,” Uday added.

He further said that an "irresponsible act has been committed by the leaders like Arvind Kejriwal, who bought himself with a clean image but has maligned himself by aligning himself with my father.”

Delhi goes to polls on Sunday, May 12, during the sixth phase of Lok Sabha election.