It is to be noted that the Congress chief has been regularly targeting PM Modi for 'mistreating' Advani. 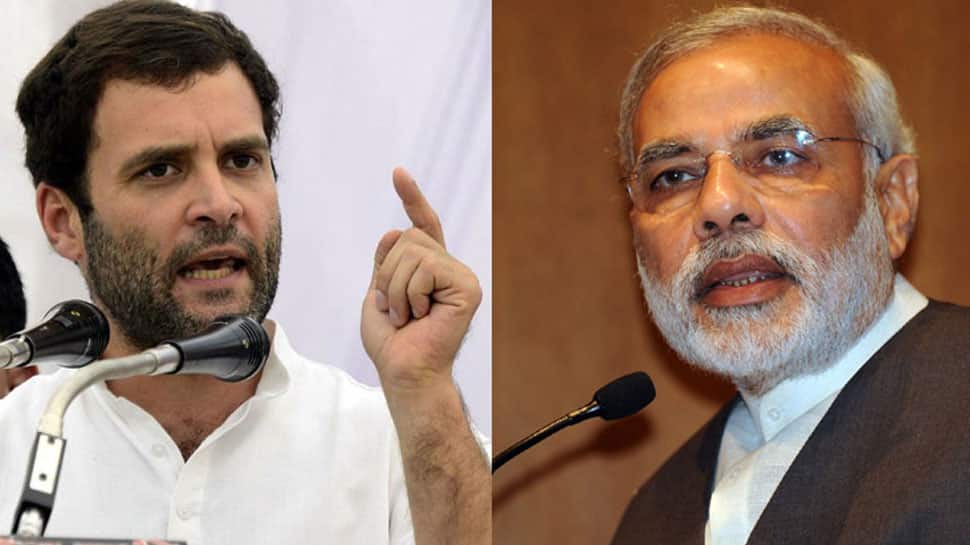 In a scathing attack on Prime Minister Narendra Modi, Congress president Rahul Gandhi on Monday said that the 'boxer' PM came to power in 2014 on the promises of removing unemployment and corruption but he instead punched his “coach” L K Advani in his face, an apparent reference to the sidelining of veteran BJP leader in the party.

Addressing a rally in Haryana’s Bhiwani, Rahul Gandhi said, “Narendra Modi, the boxer was supposed to fight unemployment, farmer problems, corruption etc but he punched his coach Advani ji in his face, his team Gadkari ji Jaitley ji, then went into crowd and punched farmers and small traders.”

It is to be noted that the Congress chief has been regularly targeting PM Modi for 'mistreating' Advani. In April, he had said at a rally in Uttarakhand that PM Modi had 'kicked' out his 'political guru' Advani from the stage.

At that time, Rahul had said that Guru or teacher is a very respected figure in Hinduism and the prime minister did not think twice before 'insulting' him mentor.

"BJP talks of Hinduism. In Hinduism, guru is supreme. It talks of guru-shishya tradition. Who is Modi's guru? Advani. Modi just kicked Advani out [Joota marke stage se utara]," Rahul Gandhi had said. He had also claimed that PM Modi does not even fold hands in front of Advani, who has taught him the nuances of politics.

ahul Gandhi and other opposition leaders sharpened their attacks against PM Modi after the BJP did not field Advani from Gandhinagar Lok Sabha seat and instead decided to give ticket to party president Amit Shah from this seat. It is to be noted that Advani had won six elections from Gandhinagar parliamentary constituency.

Congress leader Shatrughan Sinha, who recently quit the BJP had also repeatedly attacked PM Modi and Amit Shah for not giving ticket to Advani and 'mistreating' him. In a series of tweet, Sinha had accused the BJP of “orchestrating the departure of Advani from the political arena and election”.