The fate of 918 candidates contesting will be at stake in these 59 Lok Sabha constituencies which are going to vote on Sunday. Over 10.01 lakh voters are eligible to exercise their franchise in the last round of voting. 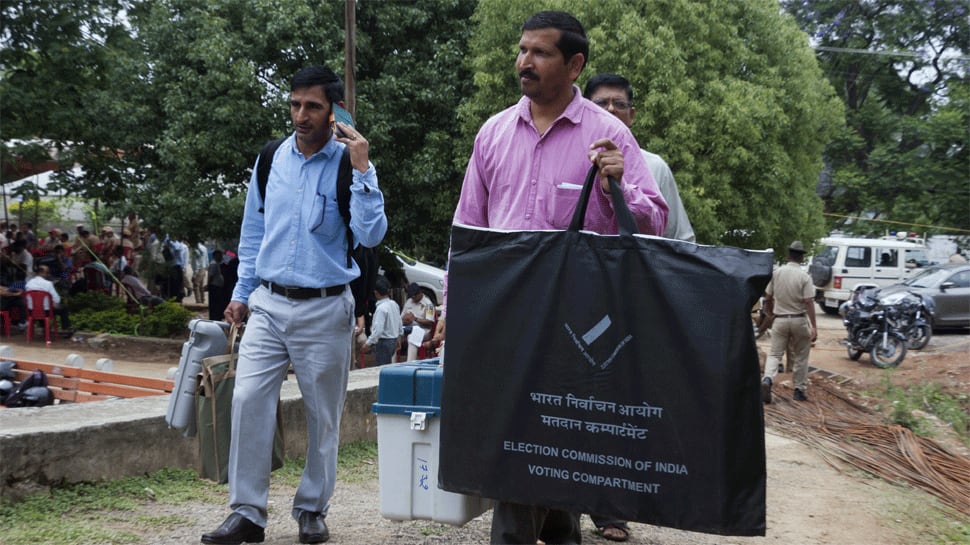 Voting for the last and final phase of Lok Sabha election will be held on Sunday in 59 constituencies across seven states and one Union Territory. With this, the nearly two-month long voting process which was spread across seven phases will come to an end.

The fate of 918 candidates contesting will be at stake in these 59 Lok Sabha constituencies which are going to vote on Sunday. Over 10.01 lakh voters are eligible to exercise their franchise in the last round of voting. Over 1 lakh 12 thousand polling stations have been put in place for smooth conduct of polls.

A maximum number of 13 seats will go to poll in Uttar Pradesh and Punjab on May 19. The other seats going to poll include 9 from West Bengal, 8 each from Madhya Pradesh and Bihar, 4 from Himachal Pradesh, 3 from Jharkhand and one in Chandigarh.

Here is the full list of seats going to poll in the seventh phase of Lok Sabha election on May 19:

This phase will see voting in Varanasi, the Lok Sabha constituency of Prime Minister Narendra Modi. He is pitted against Congress candidate Ajay Rai, Samajwadi Party nominee Shalini Yadav and 23 others. One more high profile seat where voting will be held on May 19 is Patna Sahib where incumbent Lok Sabha MP Shatrughan Sinha is challenging his former party colleague and Union Law and Justice and Electronics and Information Technology Minister Ravi Shankar Prasad. Sinha had won from Patna Sahib in 2009 and 2014 Lok Sabha elections on a BJP ticket but quit the party in March 2019 and joined the Congress.

The poll campaign for this phase ended across all other states except West Bengal on Friday. In West Bengal, the Election Commission had ordered the campaign to end on Thursday following violence involving Bharatiya Janata Party (BJP) and Trinamool Congress (TMC) workers in Kolkata during a road show of BJP chief Amit Shah. The EC had expressed its anguish at the vandalism to the statue of Ishwar Chandra Vidyasagar.

The high octane campaign was marked by vitriolic attacks and counter-attacks by political leaders and use of derogatory language and objectionable remarks. The postal ballots, electronic voting machines (EVMs) and Voter Verifiable Paper Audit Trail (VVPAT) machines will be opened on May 23 at 8 am. The results will be declared after the counting of votes.