Dealing a severe blow to the Congress-NCP alliance, the Bharatiya Janata Party won 23 seats while the Shiv claimed 18 seats in Maharashtra in the General Election 2019. Among the 7 other seats, Nationalist Congress Party got 4 seats while All India Majlis-E-Ittehadul Muslimeen, Congress and Independent got one seat each. 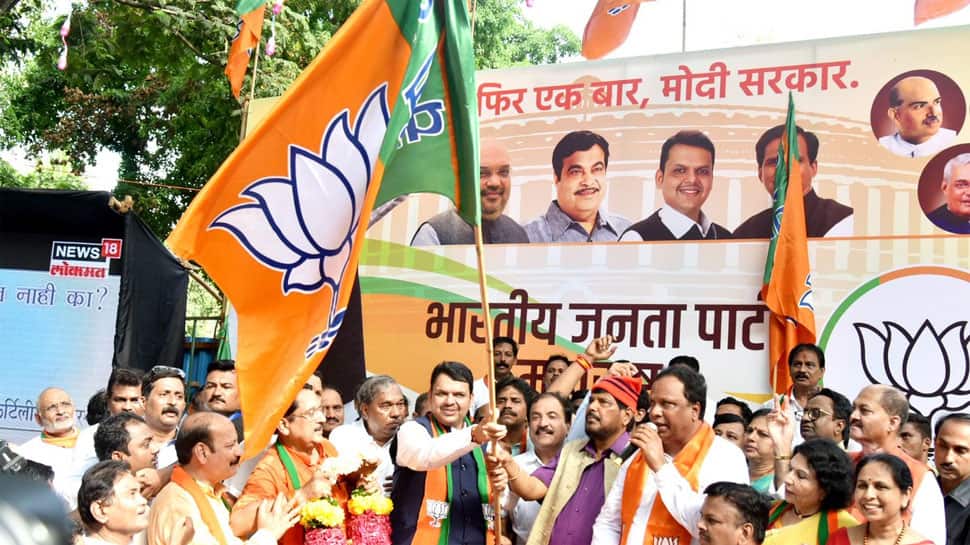 New Delhi: Repeating a resounding victory for the second term in Maharashtra, the BJP-Shiv Sena combine in Maharashtra retained power in the state with a landslide margin, winning 41 of the 48 Lok Sabha seats in Maharashtra.

Dealing a severe blow to the Congress-NCP alliance, the Bharatiya Janata Party won 23 seats while the Shiv claimed 18 seats. Among the 7 other seats, Nationalist Congress Party got 4 seats while All India Majlis-E-Ittehadul Muslimeen, Congress and Independent got one seat each.

Nitin Gadkari won from Nagpur by a margin of around 2.16 lakh votes. He was up against Congress's Nana Patole. Patole had previously contested from Bhandara-Gondiya parliamentary seat in Maharashtra as BJP candidate. However, months before the General Election 2019, he quit the BJP and rejoined the Congress.

Maharashtra Lok Sabha constituency: All You Need To Know

In 2014, the BJP had contested the polls in alliance with the Uddhav Thackeray-led Shiv Sena. Out of the total 48 Lok Sabha seats in Maharashtra, NDA had got 42 seats (BJP won 23 seats while Shiv Sena amassed 18 seats).

Around 67 percent of the nearly 900 million voters exercised their franchise in the seven-phase elections that began on April 11 and ended on May 19. Out of the 543 Lok Sabha seats, elections were held in 542 constituencies as the EC had cancelled polls to the Vellore constituency on the grounds of excessive use of money power. The poll panel is yet to announce a fresh date for elections in Vellore.