Magicians from Gujarat and neighbouring states have been asked to perform tricks to regale voters, especially in rural areas, and also canvass for party candidates. 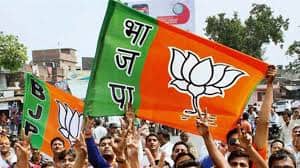 Ahmedabad: The BJP in Gujarat aims to cast a "magic spell" on voters as it mounts a mega campaign to repeat its 2014 performance of winning all the 26 Lok Sabha seats in the home state of Prime Minister Narendra Modi.

The ruling party has roped in 52 magicians to woo voters as part of its campaign for the Lok Sabha elections in Gujarat, which will vote in a single phase on April 23. They will be part of the BJP's campaign team in the state.

As many as 52 LED vans carrying the party's slogan, `Phir Ek Baar Modi Sarkar' (Modi government once again),' will also go around Gujarat with video clips showcasing the achievements of the BJP-led ruling coalition at the Centre.

These illusionists will tour rural areas across all the 26 Lok Sabha constituencies and enchant voters with tricks like pulling out cloth with the BJP's symbol "lotus" etched on it from an empty pot and creating a portrait of Modi on a blank slate.

While the magicians will regale the crowd, others in the team will talk about achievements of the Modi government and seek their support for BJP candidates.

"We have involved 52 magicians in small teams who will visit rural areas in the state and campaign for the BJP. They will display tricks like pulling out cloth with `lotus' symbol from an empty pot, among others," Pandya said.

They will also entertain the rural populace with folklores, he said.

"We will go to all villages and gather crowd in the name of magic. When the public gather, we will show them magic tricks and appeal them to vote for BJP," said a magician.

The party had used the same trick to engage voters during the 2014 general election.

The magicians are part of a large-scale campaigning that the party has planned in Gujarat, which is also the home state of BJP chief Amit Shah, who is in the fray from the Gandhinagar seat.

As part of the campaigning, the 52 LED vans will also highlight people-oriented decisions taken by the Modi government and promises made by the BJP in run-up to the elections.

A special kit with more than 51 campaign paraphernalia will also be distributed across over 50,000 booths in the state, Pandya said.

The saffron outfit had won all the 26 Lok Sabha seats in 2014 and its leaders have been saying the party is hopeful of repeating its performance in 2019.