The Congress, which wrested power from the BJP in the Assembly polls last year, is leading in only one seat. 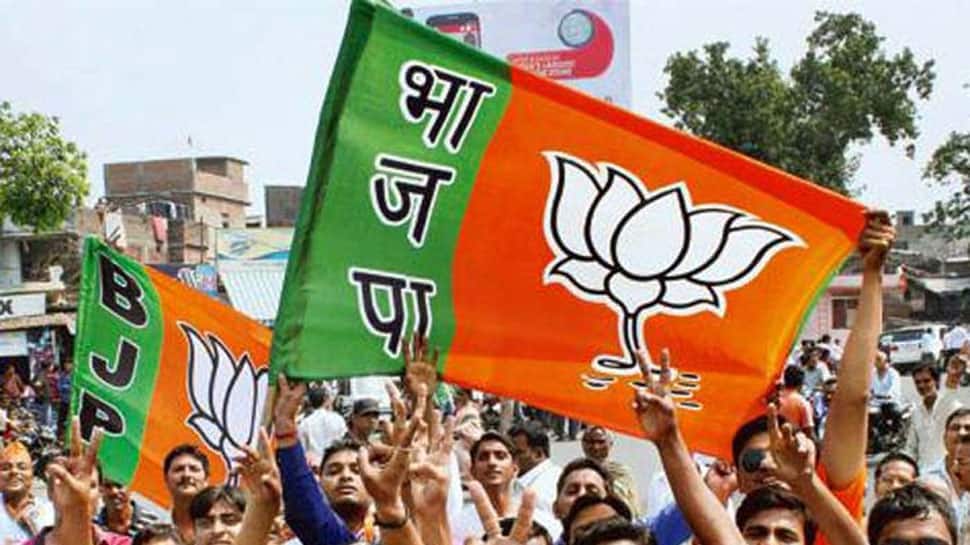 Bhopal: The BJP's controversial candidate Pragya Singh Thakur has established a lead of over two lakh votes against Congress' Digvijay Singh in Bhopal, as the saffron party is ahead on 28 out of 29 Lok Sabha seats in Madhya Pradesh.

The Congress, which wrested power from the BJP in the Assembly polls last year, is leading in only one seat.

Pragya Singh Thakur, a Malegaon blast accused, was leading over Digvijay Singh by 2,11,874 votes in Bhopal, while Congress leader Jyotiraditya Scindia was trailing by 1,08,932 votes in his traditional Guna seat against BJP's K P Yadav.

Another Union minister, Virendra Singh, was leading in Tikamgarh over Congress' Kiran Ahirwar by 2,98,957 votes.

In Indore, BJP nominee Shankar Lalwani was ahead by 4,80,627 votes against Congress' Pankaj Sanghvi.

Senior Congress leader and former leader of opposition Ajay Singh was behind by 1,67,315 votes against sitting BJP MP Riti Pathak in Sidhi.

In Mandla, BJP MP and former Union minister Faggan Singh Kulaste was ahead by 63,902 votes against Congress' Kamal Singh Marawi.

BJP's Vivek Shejvalkar is leading by 77,174 votes against Congress' Ashok Singh in Gwalior.

In Vidisha, a BJP bastion, the saffron party's Ramakant Bhargava is leading bya margin of 4,16,892 votes against Congress Shailendra Patel.

In the Chhindwara Assembly bypoll, Kamal Nath was leading by 17,678 votes over BJP's Vivek Bunty Sahu.