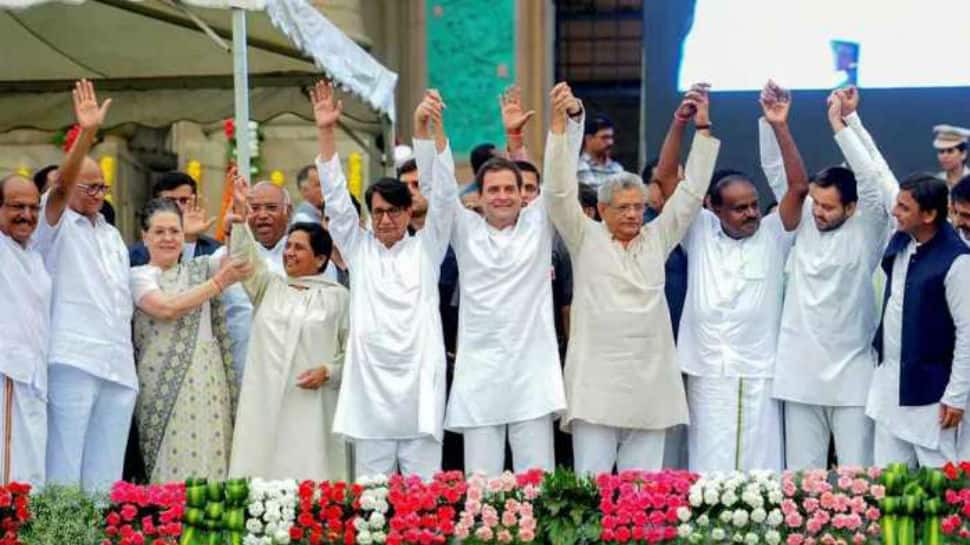 New Delhi: At a time when non-NDA leaders are queuing up to question the predictions of Sunday's exit polls, Ram Madhav has said that casting doubts on these surveys is a matter of convenience for the Opposition.

Speaking a day after a majority of exit polls predicted BJP-led NDA to roar back to power, the party's national general secretary said that the numbers' forecast was what BJP leaders had been saying from the very start of campaigning for Lok Sabha election 2019. "We have fought this election under the able leadership of Prime Minister Narendra Modi. The exit poll numbers are hardly a surprise for us. We will improve our seat share from 2014 Lok Sabha election," he said.

Asked about several rival leaders - from Mamata Banerjee to Chandrababu Naidu and HD Kumaraswamy - questioning the predictions of the exit polls, Madhav said that it has become a matter of convenience for them when looking at such figures. "If exit polls are according to their predictions, they are correct. If they are not, then they will say exit polls are incorrect. They favour exit polls only when exit polls favour them. All of them have won at some point in time through EVMs but now question EVMs," he said, adding that doubters would be proven wrong on counting day this Thursday. "They are free to dream till the 23rd. They could not have a solid alliance even in one state and they are predicting their success."

Madhav also said that the ground realities always favoured BJP and that the 300-seat mark is now a complete possibility.

Most of the exit polls released after voting in the seventh phase of Lok Sabha election 2019 predicted NDA to cross the 300-seat mark with relative ease. BJP too is largely predicted to better its tally from five years ago. This has prompted many rival leaders to either question the exit polls or train their guns on EVMs.