PM also appealed to the opposition leaders to ensure greater participation of voters in the crucial polls. 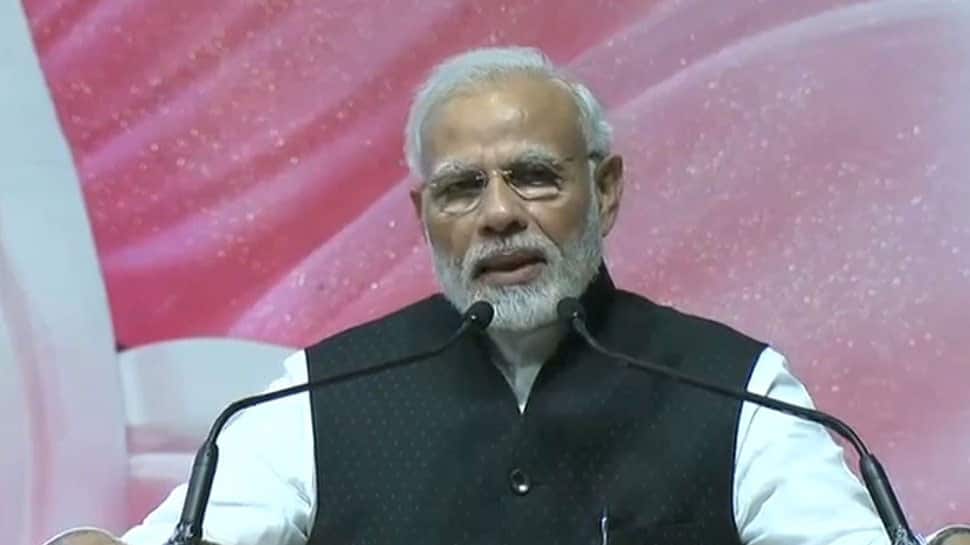 NEW DELHI: Prime Minister Narendra Modi has written yet another blog in which he had appealed to the voters of India to participate in large numbers in the upcoming Lok Sabha elections 2019 for the sake of a strong and robust democracy.

In his blog, the PM reminded the voters, especially the young ones, that elections are round-the-corner and all those who are eligible to vote must exercise this power to elect a stable and strong government.

In his blog titled ''Four requests for a stronger democracy'', the Prime Minister requested the top opposition leaders to urge people to come out in large numbers during polling in their respective areas.

''A high turnout augurs well for our democratic fabric,'' the PM said in a tweet.

''I appeal to @RahulGandhi, @MamataOfficial, @PawarSpeaks, @Mayawati, @yadavakhilesh, @yadavtejashwi and @mkstalin to encourage increased voter participation in the upcoming Lok Sabha polls. A high turnout augurs well for our democratic fabric,'' the PM said in his tweet.

I call upon KCR Garu, @Naveen_Odisha, @hd_kumaraswamy, @ncbn and @ysjagan to work towards bringing maximum Indians to the polling booths in the upcoming elections. May voter awareness efforts be strengthened across the length and breadth of India.

The PM began his blog by making four genuine requests to the voters and asked them to first get themselves registered for polling, check all facts before the polling in their area, plan their schedule carefully so that they don't fail to cast their vote and encourage others to vote.

Four requests for a stronger democracy.

An appeal to the voters of India, especially my young friends. https://t.co/sGsfK0p5lQ

PM began his blog by calling ''voting'' as one of every citizen's ''prime duties.''

The PM recalled that in the last few elections, various states and at the Centre, had witnessed record a turnout.

Urging the voters to continue this encouraging trend, the PM requested them to vote in record numbers in the 2019 Lok Sabha elections.

''I particularly call upon influencers from all fields, including politics, industry, sports, films and other walks of life to take the lead in spreading voter awareness and value of high voting,'' the PM said in his blog.

In a blog written on the occasion of 89th anniversary of Dandi March on Tuesday, the PM had targeted the Congress and said the "anti-thesis" of the Gandhian thought is the main opposition party's culture.

Citing Mahatma Gandhi, the Prime Minister said, "Mahatma Gandhi taught us to think of the plight of the poorest person" and "we have seen and thought about how our work impacts that person."

"I am proud to say that in all aspects of our government's work, the guiding consideration is to see how it will alleviate poverty and bring prosperity. Sadly, the anti-thesis of Gandhian thought is the Congress culture," PM Modi said.

The Prime Minister said that while Mahatma Gandhi did not believe in inequality and caste divisions, "the Congress sadly never hesitated from dividing society."

"The worst caste riots and anti-Dalit massacres happened under Congress rule," he alleged in the blog post.