Where will monkeys go? Feed them fruits, not samosa and Frooti: Hema Malini's solution for Vrindavan simian menace

According to a video posted by news agency ANI, Malini who was at Sudama Kuti in Vrindavan was asked as to how should people deal with the menace that they face due to the monkeys in the area. 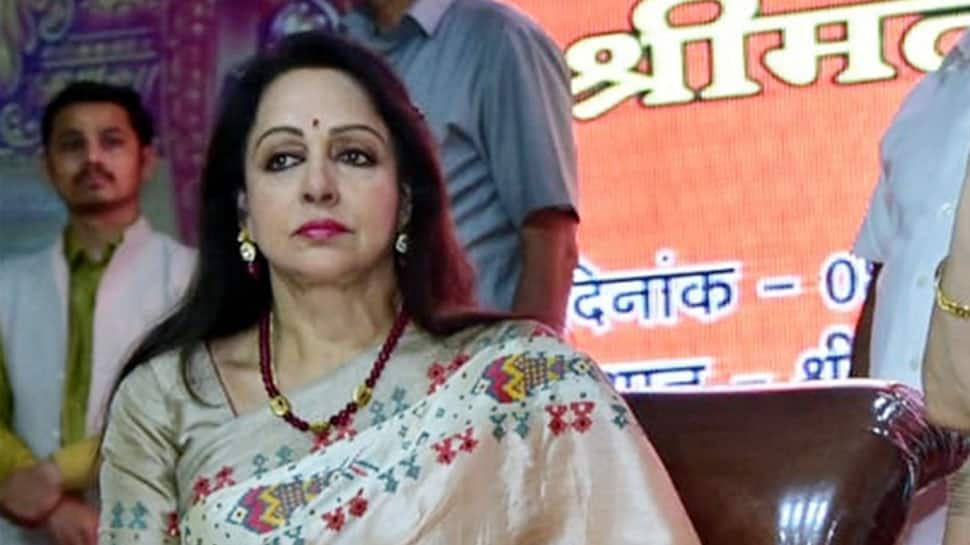 BJP MP Hema Malini on Thursday came up with a bizarre reply when posed with a question on the monkey menace in an area in Vrindavan, Uttar Pradesh.

According to a video posted by news agency ANI, Malini who was at Sudama Kuti in Vrindavan was asked as to how should people deal with the menace that they face due to the monkeys in the area.

Replying to this, she cited coexistence and asked in a surprised tone, "where will monkeys go". The BJP leader who has been fielded from Uttar Pradesh's Mathura seat for the Lok Sabha election, even asked what problem the people were facing.

Instead of suggesting a solution herself, the actor-turned-politician blamed the tourists for spoiling the monkeys with snacks and cold beverages. She suggested that the monkeys should only be given fruits.

"Coexistence hai na. Monkey kahan jaega? Problem kya hai, yahan aane waale yaatri Frooti dete hain, samosa de de ke unko kharab kar diya. Unko sirf phal dijiye. (There is Coexistence. Where will monkeys go? What is the problem? The tourists who come here give them Frooti (beverage) and snacks (samosa) and have spoilt them. They should be given only fruits)," said Malini.

The BJP leader faced backlash on social media after her comments.

She had filed her nomination from the seat in March. Malini has said she has a "divine connection" with Mathura, the city of Lord Krishna, and has no intention of becoming a minister.