The 288-member Maharashtra Assembly will go to the polls on October 21 while the results will be declared on October 24. 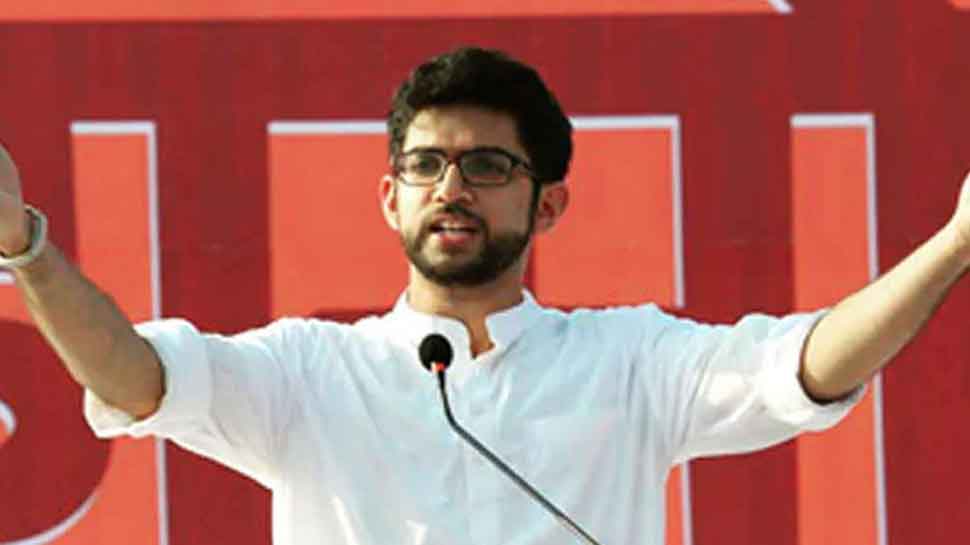 New Delhi: Shiv Sena chief Udhav Thackeray's son Aditya Thackeray is likely to be given the post of deputy chief minister if BJP-Shiv Sena comes back to power in Maharashtra.

The development comes amidst the uncertainty over Sena's proposed poll tie-up with BJP but the source said the 'alliance is very much on'.

Aditya Thackeray, a BA and LlB, is the grandson of Shiv Sena founder Bal Thackeray and has a younger brother, Tejas Thackeray. He will be the first member from the Thackeray family to enter the electoral fray after Shalini Thackeray, the wife of Jeetendra Thackeray, a cousin of MNS founder Raj Thackeray, who had unsuccessfully contested the 2019 Lok Sabha elections.

Recently, Maharashtra Chief Minister Devendra Fadnavis while speaking at an event had said that BJP is ready to offer the post of Deputy CM to Thackeray scion and would be glad to have him in the government.

The 288-member Maharashtra Assembly will go to the polls on October 21 while the results will be declared on October 24.

On Sunday, the Shiv Sena said that it has decided to field Aditya in the upcoming assembly election in Maharashtra. he is expected to be pitted from Worli assembly constituency and is likely to file his nomination on October 3. Currently represented by Sena MLA Sunil Shinde, the Worli seat was earlier held by former Nationalist Congress Party (NCP) minister Sachin Ahir, who left the NCP to join the Shiv Sena two months ago.

The party also distributed the mandatory AB form for the assembly election to some of its party leaders yesterday, in a move that is being seen as to build pressure on its ally. The last day for filing nomination is October 4.

Earlier on Saturday, Sena chief Uddhav recalled the 'promise' he once made to his late father Bal Thackeray to install a 'Shiv Sainik' as the Chief Minister of Maharashtra. And his statement came in the backdrop of BJP top brass repeatedly stressing that Devendra Fadnavis would helm the state once again.