Pawar, however, said that his party wants a stable government in the state with secularism in its core and quick redressal of issues concerning the farmers. 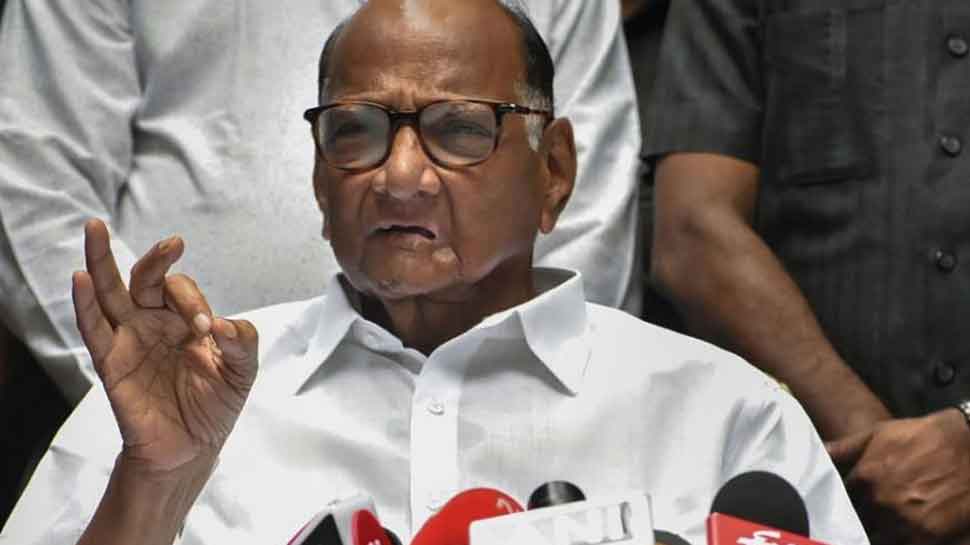 MUMBAI: Nationalist Congress Party (NCP) chief Sharad Pawar on Friday said that the coalition government led by his party, along with Shiv Sena and Congress will complete its full five-year term in Maharashtra while ruling out a mid-term election in the state.

Speaking to reporters in Nagpur, the NCP chief said, ''The process to form the government has begun. The coalition government will last five years and there is no possibility of a mid-term poll in Maharashtra.''

On the question of Shiv Sena's demand for the chief minister's post, the NCP veteran said, ''If somebody demands CM's post we will think about it".

Replying to a question on the draft of the common minimum programme (CMP) finalised by the three parties, the veteran Maharashtra politician said that the modalities of government formation will be decided on the basis of the CMP only.

Pawar, however, said that his party wants a stable government in the state with secularism in its core and quick redressal of issues concerning the farmers.

The remarks from the NCP chief came shortly after his party colleague Nawab Malik hinted that the coalition government between the three parties will indeed be headed by Shiv Sena.

Malik further said that the leaders of Shiv Sena, Congress and NCP have finalized its draft of the Common Minimum Programme and the said draft has already been sent to the top leadership of all three political parties and now it is under their consideration.

"Soon there will be a decision on it," Malik said."Our Common Minimum Programme basically includes the issue of farmers, loan waiver, Job creation to youngsters etc," he added.

Malik said that looking at the current farmers' issues in Maharashtra, the parties are of the view of forming a "stable government as soon as possible."

Asked about former chief minister Devendra Fadnavis` comment that there is no alternative than BJP in Maharashtra to form the government, Malik said, "Devendra Fadnavis is now a former Chief Minister and he is reacting like a lost General of the Army who is falsely encouraging his Army to fight in the battlefield. There is no chance of BJP forming government in the state because BJP doesn`t have the required number to form the government."

Malik also informed that Maharashtra Governor has given Shiv Sena, NCP and Congress leaders time for a meeting on Saturday at 3 pm to discuss farmers issue.

On Thursday, leaders from Shiv Sena, NCP and Congress held a meeting to finalise its draft of Common Minimum Programme. Maharashtra came under President`s Rule after no party was able to show numbers to form a government after the assembly polls.

The BJP and Shiv Sena, who fought the polls together, got an absolute majority but could not form a government due to differences over power-sharing.

BJP, which emerged the single-largest party with 105 seats in 288-member assembly, expressed its inability to form the government.

The state's Governor Bhagat Singh Koshyari later asked Shiv Sena and NCP about their intent and ability to form the government. Both parties sought more time. NCP and Congress fought the elections in an alliance.