Finance Minister Sudhir Mungantiwar hinted that the state govt may take the ordinance route on the issue. 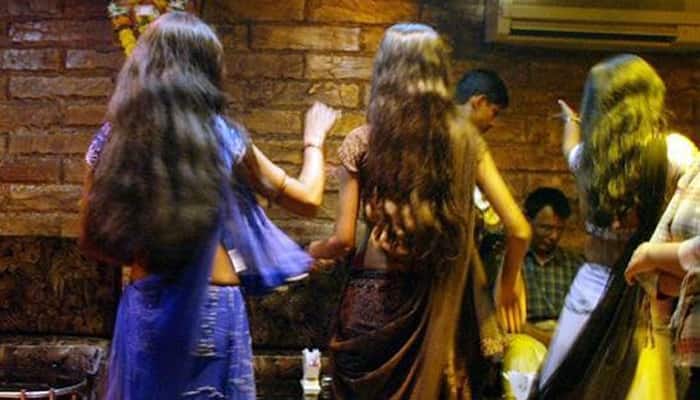 Mumbai: Under fire from various quarters, the Maharashtra government may opt for an ordinance to stall the reopening of dance bars in the city and state in the wake of Thursday`s Supreme Court verdict.

Finance Minister Sudhir Mungantiwar told mediapersons on Friday that in order to safeguard the cultural fabric of the state, the Maharashtra government is thinking of bringing in an ordinance to bar dance bars.

"We respect the Supreme Court decision. At the same time we are firm that dance bars cannot be allowed to function here," said Mungantiwar.

Soon after the apex court verdict yesterday, the Congress, Nationalist Congress Party, various women`s organisations and others had attacked the ruling Bharatiya Janata Party-Shiv Sena for weakening the case and soft-pedaling and diluting the issue.

The SC had quashed certain provisions of the Maharashtra Prohibiton of Obscene Dance in Hotels, Restaurants & Bar Rooms and Protection of Dignity of Women (Working Therein) Act, 2016.

Among these were compulsory installation of CCTV cameras in dance bars, showering cash or offering cash garlands to the dancers and other provisions, though offering tips was allowed.

Mungantiwar said the issue is likley to be discussed at lengh at the next cabinet meeting headed by Chief Minister Devendra Fadnavis.

He pointed out that in the past court verdicts have gone against the dance bars, but the entire political spectrum is united on this (ban) issue.

However, the Bharatiya Bar Girls Union (BBGU) President Varsha Kale had welcomed the SC judgement and said many dancers have already started enquiring when the dance bars may reopen.

"With the Maharashtra government planning an ordinance on this issue, we shall consult our team of lawyers and initiate suitable legal measures," Kale told IANS.

She said this was more of "a political issue with the elections round the corner, but the legalities need to be examined."

The dance bars were shut down during the erstwhile Congress-Nationalist Congress Party rule by the then Home Minister, the late R.R. Patil.

During its heyday, there were an estimated five-six lakhs dancers working in 2,800 legal and many other unauthorised dance bars mushrooming across Mumbai, Thane, Raigad, Pune, adjacent to state highways, supporting a few lakh others comprising support staff, allied businesses and families.

The shady world of dance bars was effectively portrayed by Bollywood director Madhur Bhandarkar in his National Award winning film, `Chandni Bar` (2001) with a realistic peek into the mafia crimes, prostitution, shady dealings, exploitation and other ills centering around these nocturnal entertainment outlets.