Operation to locate toddler who fell into Mumbai gutter called off

The operation by the firemen was conducted in the 10-kilometre radius from the place of the incident but the 3-year-old Divyansh Singh could not be located. 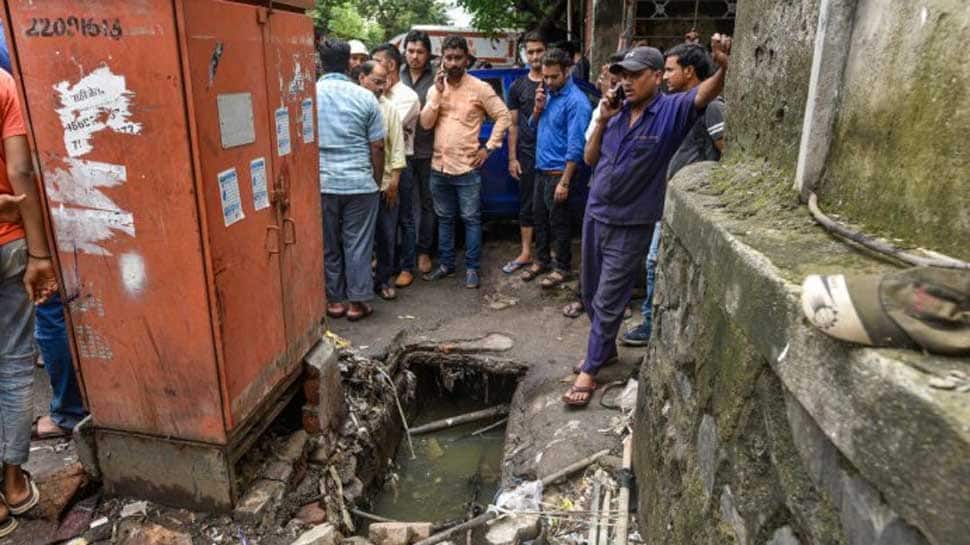 Mumbai: The search and rescue teams have called of their operation to locate a three-year-old boy who fell into a gutter in Ambedkar Nagar area of Goregaon, Mumbai on July 10.

Since July 10, various teams of the Mumbai Fire Service had been conducting a thorough search operation with the help of a rope, hook anchor, ladder and other rescue equipment, to locate the toddler.

The operation by the firemen was conducted in the 10-kilometre radius from the place of the incident but the 3-year-old Divyansh Singh could not be located.

A drone was also involved in the search operation but it was of no use.

Suraj Singh, the father of the toddler, had accused the Brihanmumbai Municipal Corporation (BMC) and other agencies of negligence on their part.

"We talked to the BMC officials today. They said a team of 40 NDRF personnel is conducting a search operation in the sewage creek but we didn't find anyone when we went there. A handful of BMCand Fire Department officials are conducting searching operations in Prem Nagar area, which has already be searched," said Singh.

The CCTV footage of the incident was found in which the child could be seen walking alone on the road before falling in the open drainage system.

The open drain is about three to four feet deep and merges into a larger sewer which is about 10 to 15 feet deep. The continuous rain and overflowing water in the drain had also made rescue efforts difficult.

Mumbai: 24 hours later, no sign of toddler who fell in drain in Goregaon, rescue ops on