Just a day ago, the singer shared a hot, steamy video of her husband Brendan McLoughlin to announce her latest single and as she dropped the single on Thursday, Lambert posted a clip of denim. 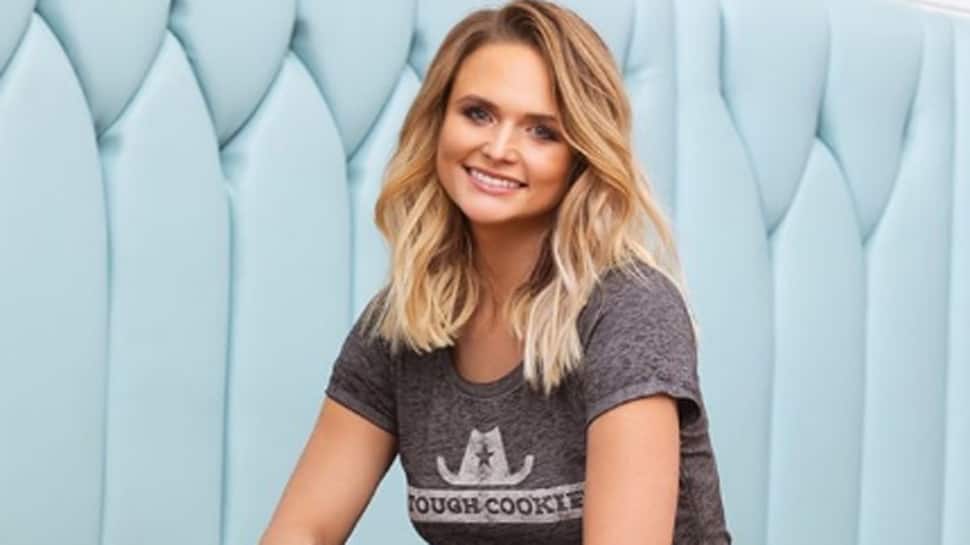 Washington: American singer-songwriter Miranda Lambert is full of quirky ideas when it comes to announcing the release of her songs. Yet again, Lambert opted for a fun way to drop her latest single 'All comes out in the wash'.

Just a day ago, the singer shared a hot, steamy video of her husband Brendan McLoughlin to announce her latest single and as she dropped the single on Thursday, Lambert posted a clip of denim with a tag which read, "It all comes out in the wash."Lambert didn`t stop at one but also dropped another single `Locomotive`.

"It All Comes Out in the Wash" is OUT NOW! This song is a fun reminder that hard times do eventually pass. And...I told y`all I had something else up my sleeve... "Locomotive" is out now too. Couldn`t wait any longer for y`all to have it. (link in bio to hear both)," she wrote in the post. Her latest release `It all comes out in a wash` is a foot-tapping number that will eventually leave you grooving to its lively guitar tunes.

The `Over You` singer in a recent interview with Billboard revealed that the gap of 15 months between her last and latest release gave her enough time to ponder upon to write a light-hearted record."I think that it`s got some sarcasm to it, but it`s very honest. I haven`t had a single out in a long time, and I`m just ready to have new music. I`m in a new phase of my life and ready to have new music out there that represents that," she said.

Lambert continued, "This one just felt perfect as far as the vibe of it. It`s fun and lighthearted and I`m really excited about it."For those wondering about the title of the song, Lambert shared that it came from her mother and grandmother who were frequent users of the phrase. She is all set to start her `Roadside Bars and Pink Guitars` tour soon.

She married Loughlin, an NYPD officer in a secret wedding and announced the news earlier this year in February."In honor of Valentine's Day I wanted to share some news. I met the love of my life. And we got hitched!" the `Gunpowder and Lead` singer wrote in an Instagram post while announcing the news of her wedding.

Lambert was previously married to fellow country artist Blake Shelton from 2011-2015."My heart is full. Thank you, Brendan McLoughlin, for loving me for.... me," she added.